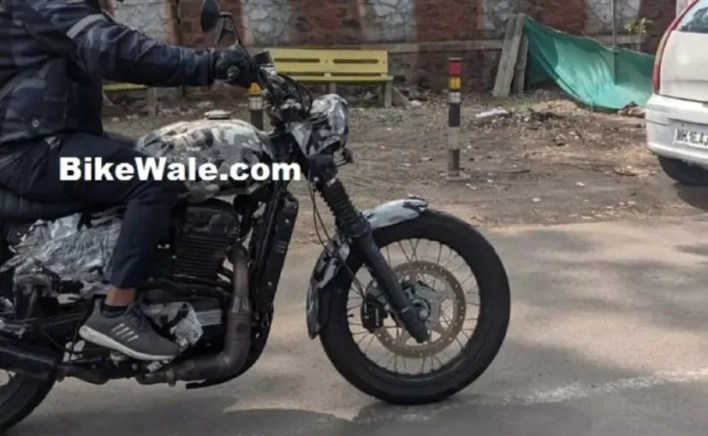 The Yezdi name may be revived again soon, and as latest trademark filings indicate, even the Yezdi Roadking name will be revived. The filing is in the name of Boman Rustom Irani, part of the family of the original owners of the Yezdi name, and also part of the management and founders of Classic Legends, which resurrected the Jawa motorcycle name. Now, the trademark filings, which showed up on a government patent filing website, points to two things, the Yezdi name has been trademarked, and even a Yezdi Roadking website is being trademarked. 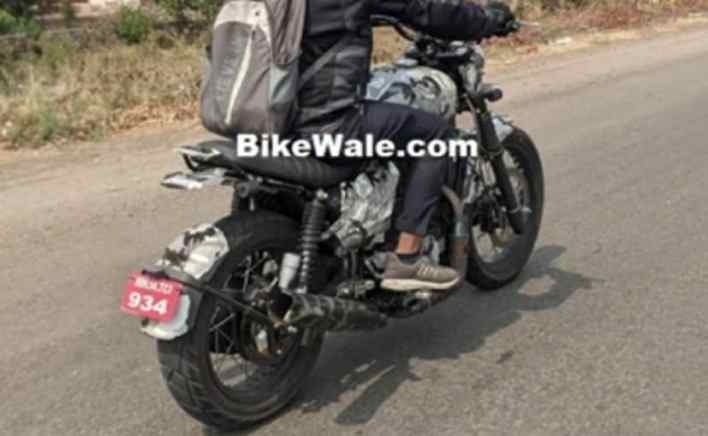 The Jawa Forty Two Scrambler was spotted in Pune, outside the company’s R&D facility, and could go into production as the new Yezdi Roadking

Just a month ago, a prototype of a new and upcoming scrambler-style motorcycle based on the Jawa was spotted undergoing test runs. The spy shots of the camouflaged bike show that it’s based on the Jawa Forty-Two, and from the photos, it’s apparent that the engine, chassis, bodywork, and even the suspension seem to be shared with the Jawa Forty-Two. However, one thing that stands out the engine’s bottom end covers had the distinctive stripes used in the original Yezdi bikes. So, this new modern scrambler could very well be introduced as the new and revived Yezdi Roadking, rather than joining the Jawa motorcycle line-up. 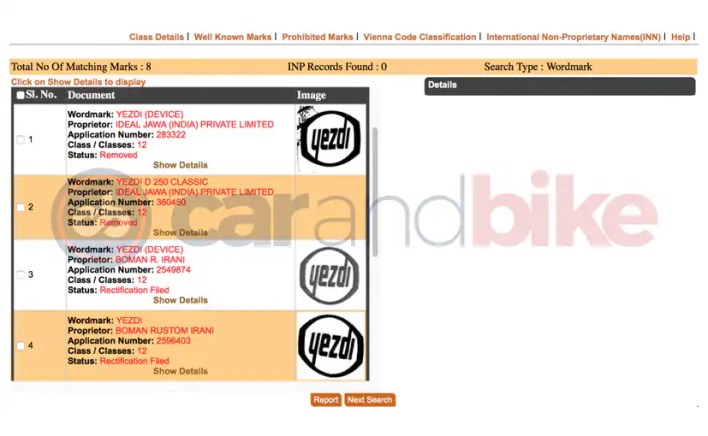 Another clue as to the authenticity of the trademark filing is the name Boman Rustom Irani, who is also part owner and founder of Classic Legends, and who is from the family who originally owned Ideal Jawa India Ltd, the manufacturers of Yezdi motorcycles. Unlike the new Jawa motorcycles, which had a design language very similar to the original Jawa motorcycles from the ’60s and ’70s, Classic Legends seem to be on a different path, to introduce a neo-retro scrambler and possibly give it the Yezdi Roadking name.

Also Read: Jawa Dealerships To Be Extended To 500; Deliveries To Be Accelerated 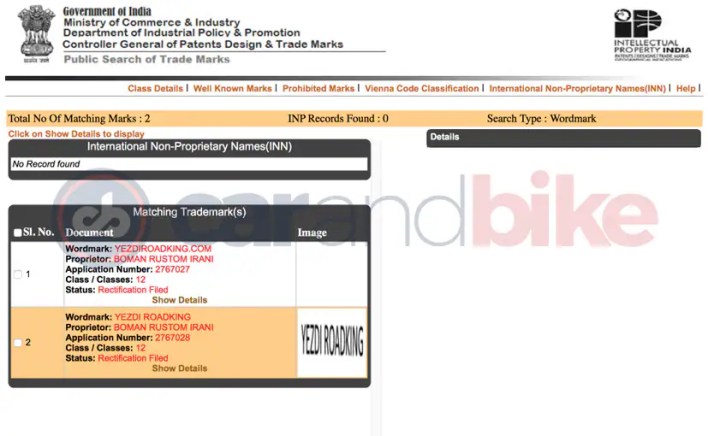 All this is speculation at this stage, but what is clear is that Classic Legends is very clear about reviving the Yezdi name. While plans for reviving the BSA name in the UK was announced along with an announcement of scaling up operations for the Jawa brand in India, Classic Legends may be looking to now restore another iconic name from India’s motorcycling history. Whether the Yezdi bikes will co-exist with Jawa bikes in the same showrooms, or will be retailed as a separate brand is still unclear, but in all likelihood, the Yezdi bikes will be manufactured on the same assembly line as the Jawa motorcycles, and will share a lot in common.

Five Air India Pilots Died In May Due To Covid, Says Official