Gamers have wanted to play games on the move almost since video gaming was invented. Mattel’s Auto Race, released in 1976, is widely considered the world’s first handheld electronic game, while Nintendo’s Game Boy revolutionized the gaming world at the end of the 80s. It popularized a portable gaming platform that allowed you to play multiple games in the car, on the train, or wherever you happened to be.

The advent of smartphones, tablets, and other handheld devices also had a major impact, leading to a huge rise in so-called ‘casual gaming’ like Angry Birds and Candy Crush Saga. Mobile online casino games are also hugely popular, and game reviews highlight some of the best online slots available. Mobile does not always mean simple or casual, though. Many beautifully designed, challenging, and often complex games are now designed specifically for play on a handheld device or ported from PC and consoles.

Here are some of the best mobile games to play in 2022. There are plenty of great titles to choose from, but, increasingly, players can switch between handheld and full-size without selecting a specific version. Sometimes this can be done through hybrid systems like the Nintendo Switch. The console itself is a tablet-sized device that can easily be used as a mobile, handheld gaming device. If you want the full-screen experience, you can dock it for use as a home console, detaching the wireless controllers from the sides of the tablet. The Switch was unveiled in 2016 and released in most regions the following year. Half a decade on, it is still the undisputed leader with no significant challenger in the hybrid console market.

Another technology that allows gamers to play on any device has emerged in the shape of streaming or cloud gaming services. There are some interesting challenges, including the game-streaming app Rainway, which is currently free, but some major players are also exploring this new emerging market. These include Google’s Stadia, Xbox Cloud Gaming and PlayStation Now, and Nvidia’s GeForce Now, along with Amazon’s Luna, which is so far restricted to users in the US.

Also known as gaming-on-demand or gaming-as-a-service, these cloud-based platforms run games on remote servers and stream them directly to the player’s device. This means the game does not need to be physically or digitally installed or even running locally on a PC, console, smartphone, or another device. It also means that they can effectively be played on any device wherever you are if there is a strong enough connection to stream the game.

Another option, depending on your home set-up, is to stream your games from one device to another. You’ll need the right apps and signal strength, such as the Xbox Console Companion app on Windows 10 for linking your Xbox One to a PC. This doesn’t quite allow the same freedom as cloud gaming but is another option in an era when games and devices are becoming ever more fluid. 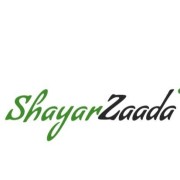 Why is Investing in a Coffee Making Machine a Smart Choice?

How Bajaj Allianz General Insurance Can Keep You Secured With Long-Term Comprehensive Policy?