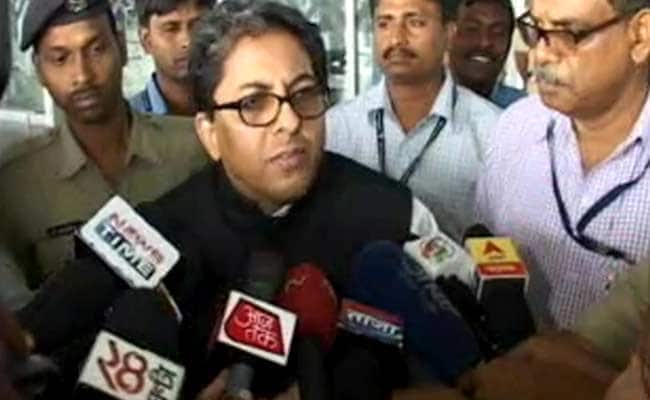 Alapan Bandopadhyay was scheduled to retire on May 31. (File)

West Bengal Chief Secretary Alapan Bandyopadhyay, whose sudden transfer order from the Centre days before his retirement snowballed into a major controversy, is unlikely to report to the Department of Personnel and Training on Monday, as he is yet to get the nod from the state government, a highly placed source said.

Mr Bandyopadhyay was very much present at the state secretariat ”Nabanna” even on a Sunday, he said.

“As of now, Mr Bandyopadhyay has not been relieved of his duties by the West Bengal government… As per tomorrow’s schedule, he may be participating in a review meeting to be chaired by the CM at the state secretariat around 3 pm,” the source told PTI.

The Centre, in a surprise move, had on Friday night sought Mr Bandyopadhyay’s services and asked the state government to immediately release the top bureaucrat.

Mr Bandyopadhyay, a 1987-batch IAS officer of West Bengal cadre, was scheduled to retire on May 31 after completion of 60 years of age. However, he was granted a three-month extension following a nod from the Centre to work on Covid management.

In a communique to the state government, the Personnel Ministry on Friday said the Appointments Committee of the Cabinet has approved the placement of the services of Mr Bandyopadhyay with Government of India as per provisions of the Indian Administrative Service (cadre) Rules, 1954, “with immediate effect”.

It also directed Mr Bandyopadhyay to report to the Department of Personnel and Training, North Block, New Delhi by 10 am on Monday. Chief Minister Mamata Banerjee had on Saturday called the Centre’s decision to recall Bandyopadhyay as “unconstitutional” and “illegal”, and appealed to the Union government to withdraw its order.