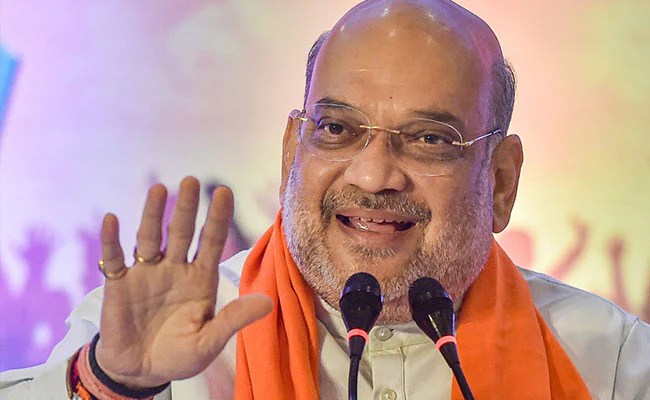 Amit Shah claimed “these outsiders” were also the vote banks for the Left and Congress.(FILE)

Home Minister Amit Shah Thursday sought to punch a hole in West Bengal Chief Minister Mamata Banerjee’s oft-repeated insider-outsider narrative, alleging that her “vote bank of illegal immigrants”, on whose support she wants to rule the state, were the actual outsiders.

Mr Shah also accused Ms Banerjee of having no other agenda apart from hurling abuses at Prime Minister Narendra Modi and him.

“She dedicates 10 minutes of her speech in every election rally to abusing the PM and myself… I am the country’s home minister, can’t I talk to people? How am I an outsider?” he said at a public meeting in Harirampur constituency in Dakshin Dinajpur district, which goes to polls in the seventh phase on April 26.

“I was born in this country and will be cremated on this holy land after my demise. But, your vote bank of illegal immigrants are the outsiders on whose support you want to rule Bengal,” he added.

Mr Shah claimed “these outsiders” were also the vote banks for the Left and the Congress.

He said if the BJP is voted to power in West Bengal, it will ensure that nobody can illegally cross into the state through the borders and jeopardise its security.

Asserting that Ms Banerjee will have to quit after counting of votes of the assembly elections on May 2, the home minister said the new BJP government in the state will grant citizenship to refugees.

He also alleged that north Bengal faced a step-motherly treatment from the Left Front and TMC governments, and assured that steps will be taken for the development of the region once the BJP forms government.