Team India captain Virat Kohli has been self-proclaimed ‘vegan’ for a long time now. Many a times, Kohli has revealed that the secret to his supreme fitness is his strict vegan diet that he follows all the time.

A Punjabi, born in West Delhi, Kohli claims to have given up delights like butter chicken and tandoori chicken to ensure that he is one of the fittest cricketer around the world. However, during an Instagram chat over the weekend, Kohli revealed that he has eggs in his regular diet apart from lot of vegetables, dal, quinoa, etc.

Kohli, who used to be a foodie at heart has changed his eating habits over the years and that has helped his game. During a recent Q&A session on Instagram, Kohli was asked by one of his fans to reveal what his diet looks like. To that, Kohli gave a list of what he has.

“Lot of vegetables, Some eggs, 2 cups of coffee, dal, quinoa, lots of spinach, love dosas too,” he wrote in an Instagram story. But in the very next line wrote: “All in controlled quantities”. 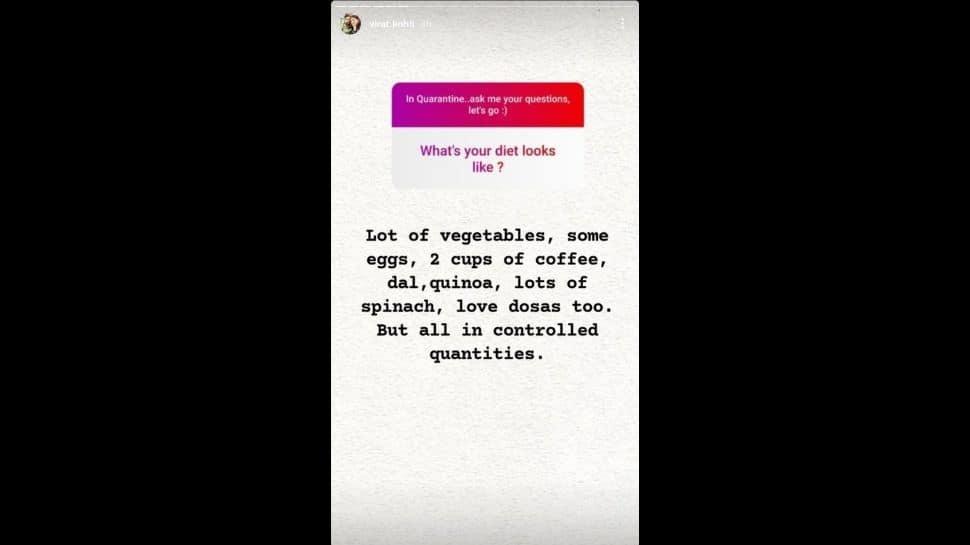 In October 2019, Kohli had revealed that he has turned vegetarian and never felt better as an athlete. He had in fact turned vegan in 2018 where he had said he gave up meat, milk, eggs to improve his fitness.

Saw game changers on Netflix. Being a vegetarian athlete has made me realise what I have believed all these years regarding diet was a myth. What an amazing documentary and yes I’ve never felt better in my life after I turned vegetarian.

Soon after this revelation, netizens were quite amused at the vegan Kohli consuming eggs.

Virat Kohli claims he is a vegan but in his latest AMA, he said his diet includes eggs. That’s bothering me.

Fans were quick to wonder what eggs were doing in a vegan athletes’ diet. This clearly shows that in this modern day and age, there is nowhere to hide for a celebrity like Kohli on social media.