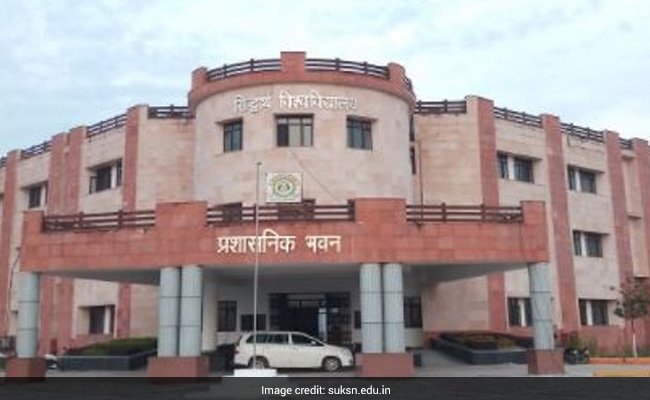 Siddhartha university had launched a probe into the matter.

“I was appointed on the post as per the proper procedure but it is my misfortune that it led to a controversy soon after my joining. An effort was made to tarnish the image of my elder brother through it. I cannot bear this and have given my resignation,” Arun Dwivedi told reporters.

He was appointed assistant professor in the psychology department of the Siddharth University under the economically weaker section (EWS) quota on May 21.

The move had triggered a massive controversy, prompting vice-chancellor Dubey to come out with a statement saying the appointment would be cancelled if any irregularity was found.

“The report regarding the appointment of Arun Dwivedi was sent to the governor. The entire process was transparent and the interview was video graphed. EWS certificate is issued by the administration and if any irregularity is found, the appointment would be cancelled,” he had said.

Mr Dubey had also added that the university would initiate “penal action” if Arun Dwivedi’s EWS certificate was found to be fake.

The university had invited applications for two posts, one under the EWS quota and the other in the Other Backward Classes category.

The vice-chancellor had said at the time of his appointment, he did not know that Arun Dwivedi was Basic Education Minister Satish Chandra Dwivedi’s brother.

It had come to light through social media, Mr Dubey said.

He also said that for the two posts, 150 applications were received, and based on merit, 10 applicants were short-listed, including Arun Dwivedi.