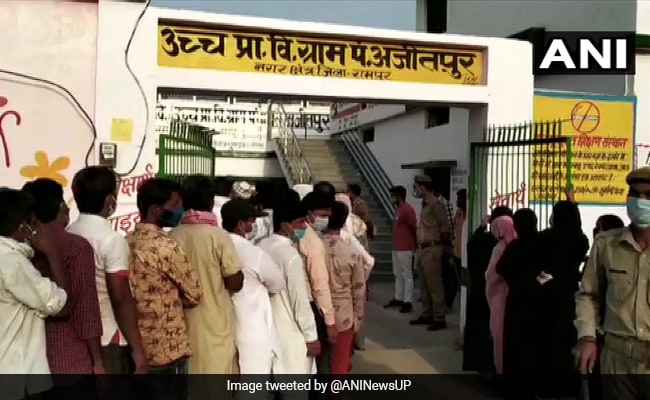 Areas with high Covid caseloads like Jhansi and Prayagraj will vote today.

Despite Uttar Pradesh’s Covid numbers surging to record highs in the second wave of the pandemic, the state has begun a massive electoral exercise this morning with a four-phased panchayat election kicking off from 18 of the state’s 75 districts. Among the areas that will see polling today include those with high Covid caseloads like Jhansi and Prayagraj.

The task of electing village pradhans and panchayat members in UP is a monumental one – the first phase alone has three crore voters across these 18 districts. The elections will be held in four phases and counting is on May 2 – the same day as counting for state elections.

Last evening , Uttar Pradesh reported a massive 20,510 fresh Covid cases, its highest even caseload in a 24-hour period. The state also reported 68 deaths, but anecdotal evidence from cremation grounds especially the ones in Lucknow suggest the numbers are being under reported. Active infections in the state have now crossed the 1 lakh mark, with state capital Lucknow accounting for 1/3 rd of the active cases.

India, gripped by the deadly second wave of the pandemic, reported 1,84,372 new infections on Wednesday, hitting the highest daily tally once again. The new cases pushed the total cases to over 1.38 crore.

Uttar Pradesh is among the 10 states which accounted for 82.04 per cent of the fresh infections, according to the Union Health Ministry.