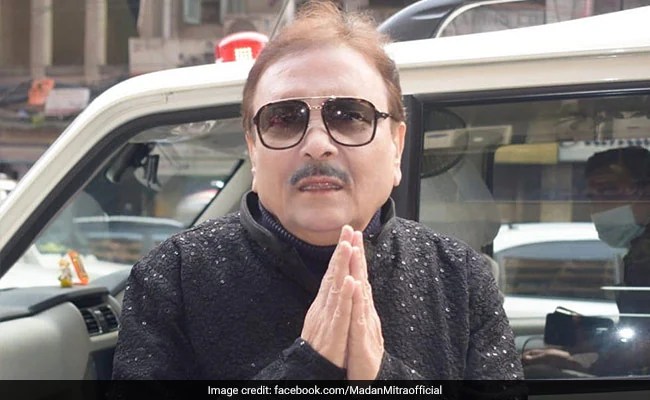 Trinamool leader Madan Mitra has tested positive for the COVID-19 virus and has been rushed to Kolkata’s Apollo Hospital from the Bengal government-run SSKM Hospital, where he was admitted earlier on Wednesday after complaining of breathing problems.

Mr Mitra, 66, the former Sports and Transport Minister, contested the ongoing Bengal Assembly election from the Kamarhati constituency – which he won in 2011 but lost to the CPIM’s Manas Mukherjee in the 2016 election – that voted last week.

According to news agency ANI Mr Mitra first fell ill on Saturday, when polling for the fifth phase of the Bengal election was underway. At the time doctors said his condition was stable, but cautioned that he would have to remain under “close observation” for a week.

“Right now he is stable. His blood pressure, circulation and blood sugar are normal. He should be kept in close observation till next week,” a Dr Gautam Bal was quoted by ANI.

With Bengal Chief Minister Mamata Banerjee and her ruling Trinamool facing a fierce challenge from the BJP, Mr Mitra has been active on the campaign trail this month, with Suvendu Adhikari, a former party colleague and one-time confidante of the Chief Minister, his principal target.

Mr Mitra last month also appeared before the Enforcement Directorate at its Kolkata office in connection with the probe into Saradha chit fund scam. He had earlier been arrested by the CBI for his alleged involvement in the case but was later granted bail.

He was forced to resign as minister in November 2015 after being named an accused in that scam.

Bengal is voting for a new government – an eight-stage poll that began March 27. The sixth will be held – amid a national surge in Covid cases – on Thursday, with 43 seats from four districts in play.

Bengal on Wednesday morning reported over 9,800 new Covid cases to take the active caseload to nearly 60,000.

The conduct of elections in a state that has seen such a drastic rise in Covid cases has made headlines in recent days, as has the campaigning of political leaders like Prime Minister Narendra Modi and Chief Minister Mamata Banerjee.

With input from ANI

Bomb Explodes Near BJP Candidate's Car In Bengal, No Injuries