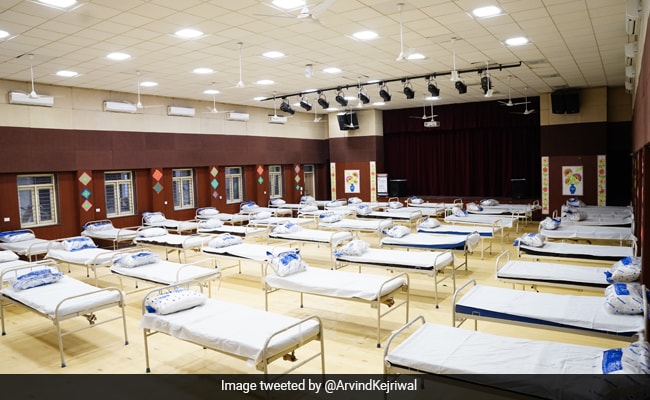 Prolonged exposure to ICU can set off the dark fungus infection, according to ICMR.

The COVID-19 pandemic in India has catalysed a fungal infection into a dangerous disease disfiguring scores — when it is not fatal. So much so that the country top medical research body has come out with an advisory on the screening, diagnosis, and management of the disease.

The infection, mucormycosis or “dark fungus”, mainly affects people on medication for other health problems that reduces their ability to fight environmental pathogens, according to the Indian Council of Medical Research (ICMR).

“Sinuses or lungs of affected individuals get affected after fungal spores are inhaled from the air,” ICMR has said. “This can lead to serious diseases with warning sign and symptoms that include pain and redness around eyes or nose, fever, headache, coughing, shortness of breath, bloody vomits, and even an altered mental status.”

While its exact incidence in India is yet unknown, its prevalence is estimated to be around 70 times higher in the country than anywhere else even under normal conditions, according to a research paper released by the Multidisciplinary Digital Publishing Institute.

In the past month-and-a-half alone, Mumbai’s Lokmanya Tilak Municipal General Hospital And Medical College, or simply Sion Hospital, has reported 30 patients with this fungal infection. Of these, six lost their lives and 11 patients had to get one of their eyes removed.

“It starts from the nose and eyes, and spreads to the brain,” according to Ranuka Bradoo, the ENT department head at Sion Hospital.

Among the many conditions and factors that predispose a patient to mucormycosis, three of the most important are uncontrolled diabetes, injudicious use of steroids, and prolonged stay in intensive care units.

Doctors are advised to monitor patients’ glucose levels and to use clean, sterile water in humidifiers used for oxygen therapy.

“Experts have warned that the sheer size of India’s outbreak is bound to generate new virus mutations and after-effects from the virus that may not have been seen elsewhere,” a Bloomberg report said.