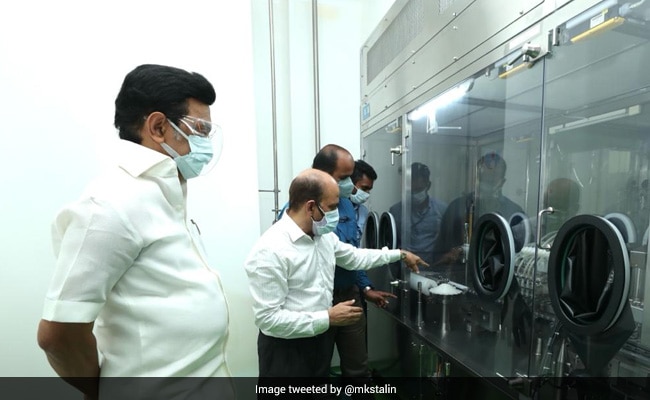 Tamil Nadu Chief Minister MK Stalin on Tuesday urged the Centre to take steps expeditiously to commence production of COVID-19 vaccine, at a facility owned by it near here.

Inspecting the HLL Biotech premises at Chengelpet near here, Mr Stalin said the Tamil Nadu government would extend all necessary support and requested the Centre to start producing the vaccine, considering its increased requirement.

The Centre-owned facility should become operational expeditiously and required financial allocation be set apart for commencement of production, the Chief Minister said.

A government release said senior officials, including HLL director Dr Vijayan and Principal Secretary-Industries of the Tamil Nadu government, N Muruganandham, were present during the inspection.

HLL Biotech is a fully owned subsidiary of HLL Lifecare, an enterprise under the Union Ministry of Health and Family Welfare.