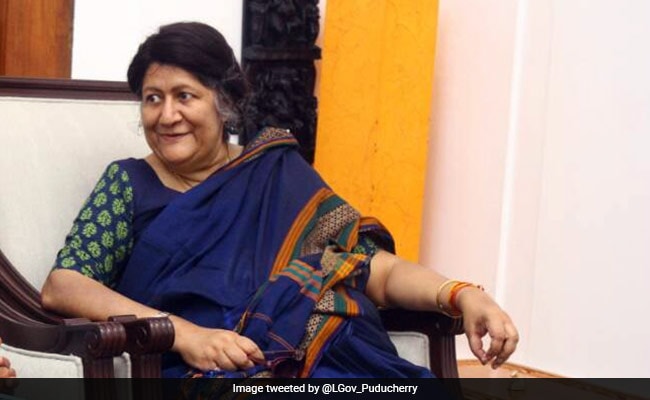 “I do not wish to hear the case,” Justice Indira Banerjee quit the Bengal post-poll violence case

A Supreme Court judge on Friday withdrew herself from hearing the post-poll violence case in Bengal in which BJP workers were allegedly killed.

“I do not wish to hear the case. Not before me,” Justice Indira Banerjee said as she recused herself from the case. Justice Banerjee is from Kolkata.

Families of the victims had gone to court asking for a Central Bureau of Investigation (CBI) probe.

The Supreme Court had asked the Bengal government to reply in the case to which the state said the petitions were “politically motivated” and wanted them dismissed.

The state also said every act of violence after elections cannot be called post-poll violence.

The Mamata Banerjee government also informed the Supreme Court last month that three people have been arrested in connection with the alleged killing of two BJP workers.

Due to Justice Banerjee’s withdrawal, the case will now be sent to another bench.

Two gang-rape survivors have also appealed for a Special Investigation Team or the CBI to probe their cases.

Both have claimed it was politically motivated violence.

The Bengal government said the post-poll violence was “somewhat unabated” when the Election Commission was in-charge of law and order. The cabinet restored order once the path ceremony was over, it said.