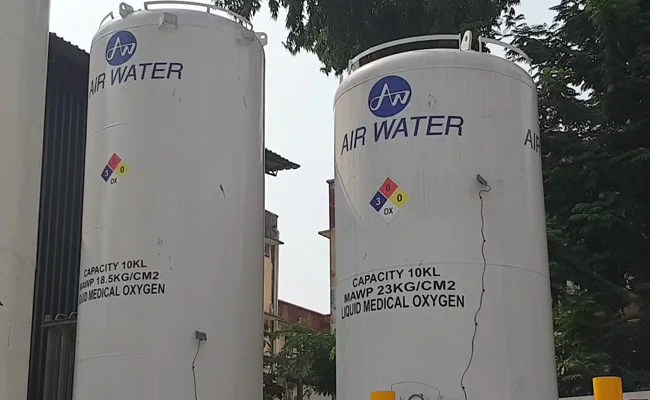 Kerala: This year the supply to industries was staggered, with focus on medical oxygen (File)

Just 100 meters into Thiruvananthapuram Medical College complex, is the liquid medical oxygen plant that caters to patients in ICUs. Instead of the earlier 20KL capacity, it’s now double at 40KL capacity. And this isn’t an exception in Kerala. However, it is at variance with the situation in the rest of the country where there is a scramble for oxygen with several hospitals reporting acute shortages.

“Augmenting capacity has been crucial. In October last, we knew that our oxygen capacity would be low. The government has spent a lot on oxygen plants, especially in all medical colleges. Majority of ICU beds are in medical colleges in Kerala. Take the 10 medical colleges, they all have now least 2 liquid oxygen plants like this. These cannot be set up suddenly. This needs planning,” Dr K Santosh, Deputy Superintendent for Thiruvananthapuram Medical College, told NDTV.

Kerala has increased its oxygen availability by 58% over the last one year. While daily oxygen currently available with the government hospitals is at 219.22 metric tonnes, the daily needs at hospitals as on April 21 stands at 82.18 metric tonnes.

“Around March last year, we had 11 Air Separation Units. Six of them were functioning partially. Over the next few months, all 11 were ramped up to full capacity,” R Venugopal, the Deputy Chief Controller for Explosives, told NDTV. This is an example of how existing capacity was augmented; regular review meetings were held with manufacturers, suppliers and state government officers, the official said.

This year the supply to industries was staggered, with focus on medical oxygen. Inox, which has the largest oxygen facility in Kerala with 149 metric tonnes, almost entirely began focusing on medical supply.

Till 2020, at least 40% of supply was to industries. Now, cylinders meant for inert gasses have been kept on buffer to be converted for medical use on a short notice.

While states like Karnataka, Tamil Nadu and Goa continue to receive oxygen supplies from Kerala, the distress calls from elsewhere have become increasingly overwhelming.

“The second wave is showing a drastic upward movement in demand. We are getting demands for almost double our installed capacity. Desperate calls from Hyderabad, Chennai, Tirunelveli are being made. We informed Mr Venugopal about these excess demands, and requested to route requests to our units in other states. Every day our heartbeat shoots up, as we get these calls. These are desperate calls and it’s hard to say that we cannot supply,” Aparna Nair, Manager at The Southern Gas Ltd, told NDTV

Kerala has been witnessing record high COVID-19 cases, with the Test Positivity Rate crossing 21%. This weekend, severe restrictions have been imposed in the state, with only essential services being provided.

4-Digit Security Code In CoWIN From Tomorrow To Minimise Error: Centre
20 mins ago