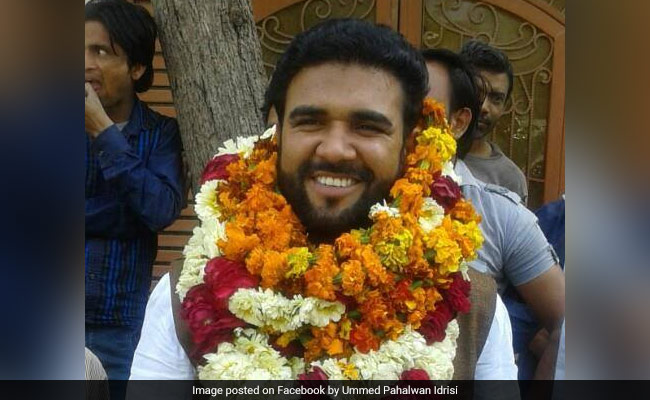 A Samajwadi Party functionary here has been charged for allegedly promoting enmity and breach of peace by circulating a “communal” video of an elderly Muslim claiming attack by some young men earlier this month, officials said.

The FIR against Ummed Pahalwan Idrisi was lodged at the Loni Border police station Wednesday evening, they said.

Filed on the complaint of a local policeman, the FIR states that Mr Idrisi had “unnecessarily” made the video – in which Abdul Shamad Saifi narrates his ordeal – with an intention to “create social disharmony” and shared it through his Facebook account.

“He shared on his social media account the video which had religious context to it without verifying the truth of the matter. It gave the incident a communal colour and was an attempt at disrupting social harmony,” the FIR stated.

The FIR has been lodged under sections 153A (promoting enmity between groups on ground of religion, class etc), 295A (deliberate and malicious acts, intended to outrage religious feelings of any class by insulting its religion or religious belief), 504 (Intentional insult with intent to provoke breach of the peace), 505 (public mischief).

Mr Idrisi has also been charged under provisions of the Information Technology (IT) Act, according to the FIR.

The Ghaziabad police maintained that the incident took place because the accused were unhappy over the ”tabeez” (amulets) sold to them by Mr Saifi, and ruled out any communal angle.