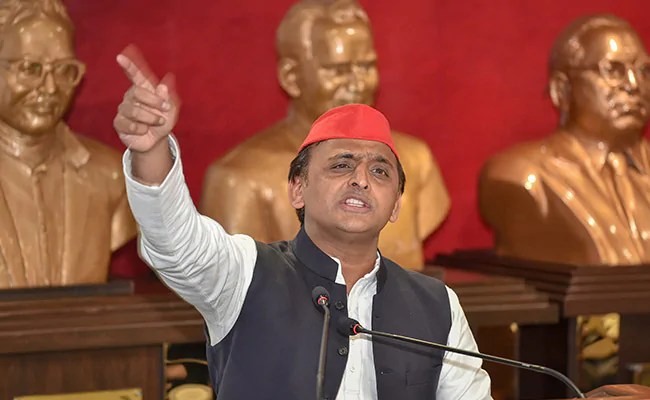 Samajwadi Party president Akhilesh Yadav on Tuesday accused the BJP of “imposing” an officer on Uttar Pradesh, in an apparent reference to retired IAS officer AK Sharma who is overseeing Covid relief in Varanasi.

He also targeted the centre, saying that it directed a senior officer from West Bengal to appear in Delhi against the wishes of Chief Minister Mamata Banerjee.

Ms Banerjee on Monday said she was appointing Bengal Chief Secretary Alapan Bandyopadhyay as chief advisor for three years effective from Tuesday, after allowing the bureaucrat, who was ordered by the central government to report to Delhi, to retire.

“In Uttar Pradesh, tussle continues among those who made false promises of ‘double engine’ government in the state,” he said.

Mr Sharma, a retired IAS officer of the Gujarat cadre, after closely working with Prime Minister Narendra Modi, voluntarily retired as secretary of Ministry of Micro, Small and Medium Enterprises, and joined the BJP in January.

Soon after, the retired 1988-batch IAS officer was made the party’s MLC in Uttar Pradesh, and there have been reports that the central leadership wants to elevate him.

Mr Sharma (58) is, at present, overseeing Covid relief work in Varanasi, which is also the prime minister’s constituency, and its adjoining districts.