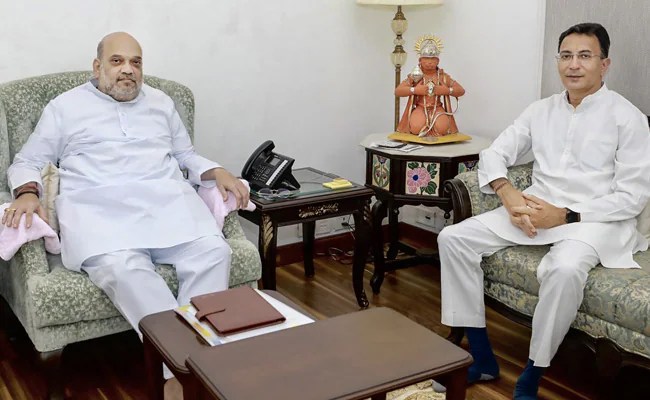 Rebel Congress MLA Aditi Singh on Wednesday described former Union Minister Jitin Prasada’s exit from the party as a “great loss” for Congress and said his future is now secure in the BJP.

Stating that the Congress has become the “party of a family”, she said that it is time for the party to introspect why such big names like Jyotiraditya Scindia and now Jitin Prasada left the party.

“Jitin Prasada’s departure from the Congress is a great loss to the party. The party should think that what could be the reason that such big leaders are leaving the party. Somewhere it has become party of a family. There is dissatisfaction among party workers and leaders,” she said.

“Jitin Prasada has been a great leader. As a youth leader, he enjoyed popularity among the youth. He is a well-educated and well-mannered leader. Now that he has joined the BJP, his future is secure,” said the Raebareli MLA.

She further said, “I would like to congratulate him on this occasion. I have personally known him. He joined the BJP for his good and secure future.”

She expressed the need to brainstorm over the issue of leaders leaving the party at both the national and state levels.

Responding to a question on the possibility of her joining the BJP, she said that she is an elected representative of the people from the Congress and is working for her people and will continue to work for them, adding that she has no plans to go join any other party.

Her remarks came after Jitin Prasada joined the Bharatiya Janata Party in the presence of Union Miniter Piyush Goyal at the party headquarters on Wednesday.

Jitin Prasada started his career with Indian Youth Congress as a general secretary. He was elected to the Lok Sabha in 2004 for the first time. He was also a minister in the UPA government at the Centre.

Mr Prasada’s departure is a fresh blow to the Congress party after another heavyweight leader of the party Jyotiraditya Scindia had joined the BJP in March 2020.

The carandbike Awards Break Into Top Ten List For Auto Awards In Asia, Middle East And South Africa
22 mins ago