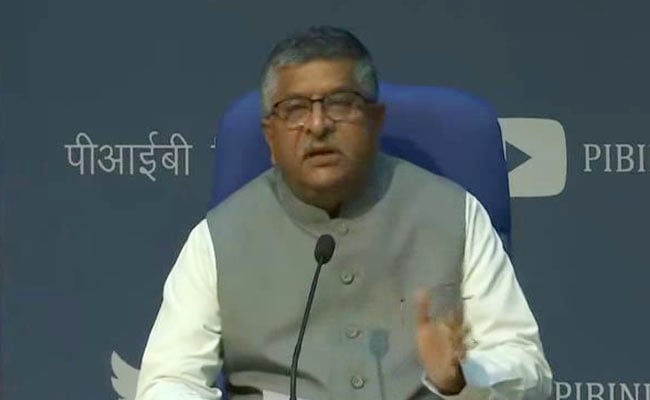 Twitter should not “lecture us on democracy”, Ravi Shankar Prasad said.

Union Minister Ravi Shankar Prasad on Thursday said that the India was proud of being the world’s largest democracy and the government welcomes criticism, but non-compliance of law under the garb of freedom of speech and democracy is not acceptable.

The minister also said that the social media platform should not “lecture us on democracy.”

He said that India has the distinction of being the world’s largest and the most vibrant democracy, and gave the example that the BJP won the Assam assembly polls but lost in West Bengal elections.

He said that in India the judiciary questions the government, the media questions senior ministers. “Today there are 100 crores users of Twitter in India. I am happy. Let them earn money. Allow users to criticise us. Most welcome. But when these profit-making companies start lecturing us on democracy….”

“I would like to ask a question- India is a democracy because it’s elections are fair. We won Assam and lost Bengal recently. We have I dependent judiciary that keeps us asking questions like in the case of Covid. Media asks tough questions from a senior minister. That”s what freedom of speech and democracy is about. These issues are important. But under the garb of these, you think you won’t comply, then it’s a misplaced argument,” said the Union Minister.

This comes in the backdrop of the intermediary status of Twitter being removed and making the microblogging site liable under provisions, including the Indian Penal Code.

“I am not the one who declared it (removal of Twitter’s intermediary status), the law has. If others followed, why couldn’t they? We asked for three officers to be appointed in three months and the period had exhausted on May 26. We gave them the last opportunity as goodwill gesture,” the minister said

The microblogging site, the minister said, had failed to appoint executives in the roles of resident grievance officer, nodal officer and chief compliance officer as per norms of the government to deal with abuse and use of social media.

“We gave them (Twitter) three months’ time. Others have followed, they haven’t. Rule 7 of (IT) guidelines says if you don’t comply then under Sec 79 you may lose intermediary status and may become liable to other laws including penal laws of the country,” Mr Prasad said.

The Minister said that guidelines had been “a work in progress for the last three to four years.”

The minister said that Twitter’s non-compliance with the new IT Rules means that it has lost its status as an intermediary, and now it can be held responsible for user-generated content.

Earlier, Twitter was accorded protection as a third party intermediary under Section 79 of the Information Technology (IT) Act, which states that any intermediary shall not be held legally or otherwise liable for any third party information, data, or communication link made available or hosted on its platform. Other social media platforms such as, YouTube, Facebook, WhatsApp continue to remain protected.