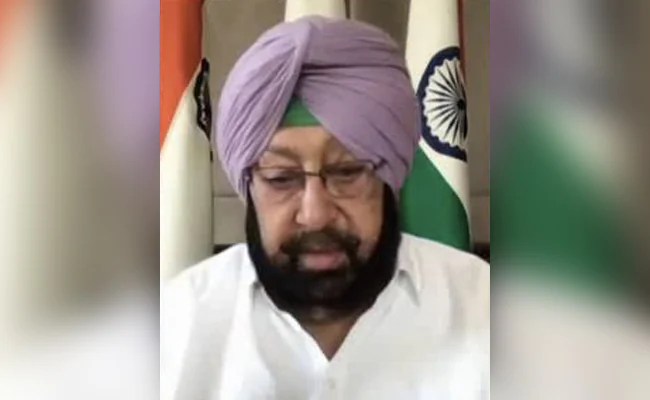 The capacity for storage of medical oxygen in the state is around 300 MT: Amarinder Singh

Chief Minister Amarinder Singh wrote to Union Health Minister Harsh Vardhan on Wednesday, seeking a daily allocation of at least 120 metric tonnes (MT) of oxygen for Punjab to ensure an uninterrupted supply for the state battling a surge in COVID-19 cases and deaths.

In his letter, Mr Singh said the daily consumption of medical oxygen in the state is around 105-110 MT. According to projections, this will increase to 150-170 MT in the next two weeks as hospital admissions will increase due to the rising case count.

Punjab’s cumulative COVID-19 tally surged to 3,09,316 on Tuesday with 4,673 fresh cases while the deaths climbed to 8,045 as 61 more people died due to the disease, according to a medical bulletin.

Mr Singh urged Mr Vardhan to urgently consider his request for an uninterrupted supply of liquid medical oxygen (LMO) to Punjab on a daily basis.

He requested that the daily allocation to Punjab be kept at least at 120 MT excluding the quota (22 MT) being supplied to the Post Graduate Institute of Medical Education and Research, Chandigarh.

The Chief Minister said the capacity for storage of medical oxygen in the state is around 300 MT while the daily consumption according to the current caseload is around 105-110 MT.

According to projections, this would further rise to around 150-170 MT in the next two weeks as hospital admissions will increase due to the mounting caseload, he added.

The Central Control Group on Oxygen had allocated 126 MT of medical oxygen to Punjab on April 15. However, the allocation was subsequently reduced to 82 MT from April 25, Mr Singh said, adding that this would be “grossly insufficient” to meet the demand in the state.

Further, the central allocation control room has clubbed the allocation of Punjab with that of the union territory of Chandigarh (22 MT), which further reduces the state’s allocation, he pointed out.

The state’s demand is currently fulfilled by manufacturers, refillers, and Pressure Swing Adsorption (PSA) plants in few districts, both in the government and private sector, he added.

Mr Singh pointed out that there is no LMO plant in Punjab and reiterated his request that urgent steps be taken to set up the two PSA plants approved by the Centre two months ago for government medical colleges and hospitals (GMCHs) in Patiala and Amritsar.

Joe Biden Over US Administering 200 Million Vaccine Doses: Today We Did It

Horoscope for April 22 by Astro Sundeep Kochar: Geminis will be moody, Librans will have a great time with family | Culture News