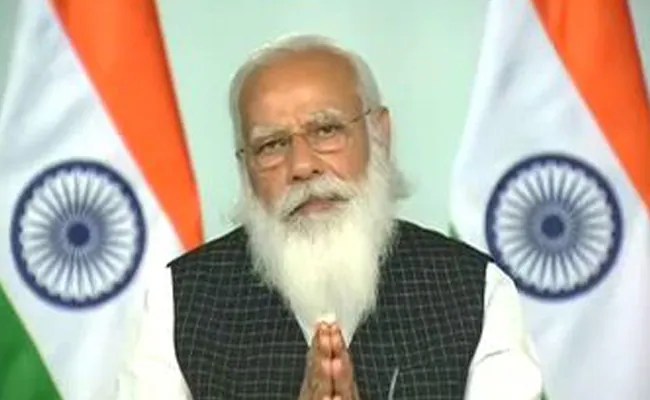 “I told you that you shouldn’t worry a bit if the number of cases is high,” PM Modi said.

Prime Minister Narendra Modi cut a swathe through the ongoing row over vaccination between the Union health ministry and the Maharashtra government, sending a clear and categorical message that he doesn’t endorse any kind of political blame game while fighting this pandemic.

“There was a sort of competition between states when the number of coronavirus cases started rising,” he said in his address at the meeting with Chief Ministers over the Covid surge in the country.

“This state is completely useless its numbers are so high. That state is doing so well. Comparing various states became a fashion,” he said a day after Union health minister Dr Harsh Vardhan’s harsh criticism of the Maharashtra government after its comments on dwindling vaccine supply.

“I told you that you shouldn’t worry a bit if the number of cases is high. Don’t be under any kind of pressure that your performance is bad because your numbers are high. You just focus on testing, I’m telling you even now. There is no reason to think you are doing badly if your numbers are high…There will be more positive cases if you do more testing,” he added in what was seen as a reassurance to the Maharashtra government.

Over the last 24 hours, Maharashtra has logged an all-time high of 59,907 cases, which took the state’s total to 3.17 lakh since the pandemic reached the country.

Since Tuesday evening, the state has been saying its vaccine stocks were running and that its vaccination programme will grind to a halt if the stocks are not replenished soon.

But its comments drew strong criticism from Dr Harsh Vardhan, who accused it of misleading the people to deflect attention from what he called its poor performance in controlling the spread of the virus.

“The inability of Maharashtra government to act responsibly is beyond comprehension… The lackadaisical attitude of the state government has singularly bogged down the entire country’s efforts to fight the virus,” Dr Harsh Vardhan had said.

Two other opposition ruled states, Punjab and Delhi, were mentioned by the minister, who pointed out their poor vaccination records.

PM Modi today said, “Testing is the only way out (in fighting Covid). Our target is to conduct 70 per cent RT-PCR tests. I have unverified reports of lethargy by some officials while conducting tests. Proper results won’t come without proper testing”.

He also added, “We have to fill the gaps through proper governance. Some states might need infrastructure for testing. Labs should be made to work in shifts if needed”.

Maharashtra is one of the states that have been pointing to the need to boost its RT-PCR tests. Last month, Iqbal Chahal, the chief of Mumbai’s civic body Brihanmumbai Corporation, said the city was struggling to conduct more RT-PCR tests.

“Right now, we are conducting more than 25,000 RT-PCR tests. We would love to go further, but we have exhausted our capacity,” he had told NDTV.

Harley-Davidson Electra Glide Revival To Be Introduced
9 mins ago

Avalanche Blocks Road At Kinnaur In Himachal Pradesh
25 mins ago