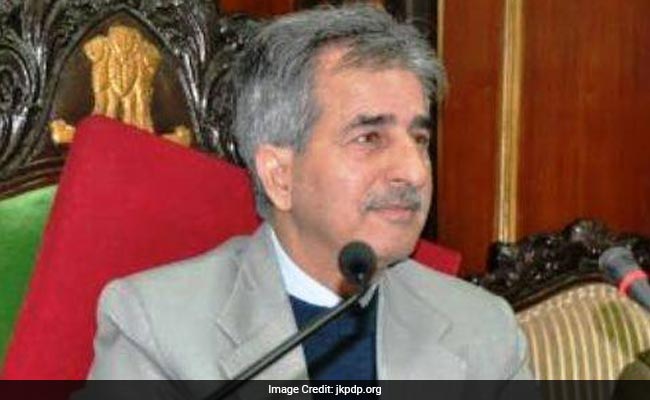 Senior PDP leader Sartaj Madni was released after six months of detention on Saturday, hours after his niece and party president Mehbooba Mufti received an invitation from the Centre for talks with Jammu and Kashmir’s regional political parties.

Officials said Mr Madni, who was under preventive detention at MLA hostel in Srinagar, was released on Saturday afternoon.

They said a team of Anantnag police is on its way to Srinagar to take him home.

“The police team will hand him over to his family in the South Kashmir district,” the officials added.

The release of Mr Madni comes hours after Ms Mufti received an invitation from the Centre for talks with the Union territory’s regional political parties.

Prime Minister Narendra Modi is likely to chair a meeting with all political parties from Jammu and Kashmir on June 24 as part of the Centre’s initiatives to bolster political processes, including holding assembly elections, in the union territory.

Ms Mufti confirmed that she has received the invitation but said the party’s political affairs committee (PAC), of which Mr Madni is also a part, will take a call on whether to participate or not in the Centre’s meet.

Mr Madni was detained on December 21 last year, a day ahead of the counting of votes of the District Development Council elections.

Several leaders of the PDP and the National Conference, including Naeem Akhtar, Peer Mansoor and Hilal Ahmad Lone, were detained that day.

They were shifted to the MLA hostel here, from where they were gradually released later.

Aishwarya Rai, Aaradhya get a warm welcome in Cannes, Abhishek Bachchan hurries into hotel
60 mins ago