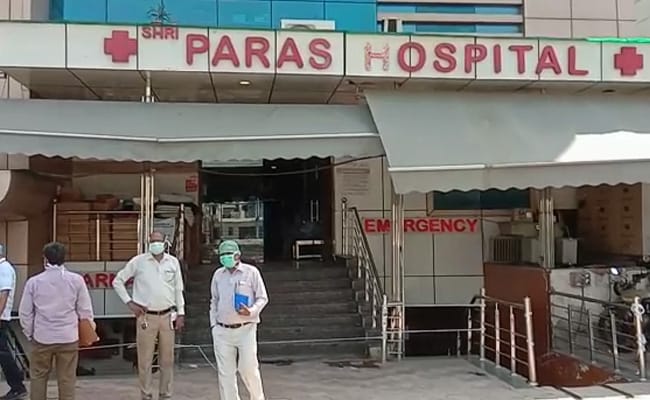 The alleged incident took place at Paras Hospital in Agra in April.

The Uttar Pradesh government has said it will carry out an inquiry after the owner of a prominent private hospital in Agra was allegedly caught on audio bragging about how the hospital shut off oxygen supply on April 27 for five minutes in a “mock drill” amid what the owner purportedly claimed was an acute shortage of oxygen at his hospital during a raging Covid surge in the western UP town , and elsewhere in the state.

“We were told that even the Chief Minister cannot get oxygen, so start discharging patients. Modi Nagar is dry. We started counseling families. Some were willing to listen but the others said they would not leave. I said ok let’s do a mock drill. We will find out who will die and who will survive. So we did that at 7 am. A mock drill was done. No one knows. Then we identified 22 patients. We realised they would die. This was done for 5 minutes. They started turning blue,” Arinjay Jain, the owner of Paras Hospital, can be purportedly heard saying in the 1.5-minute audio clip from April 28.

The hospital also has a Covid facility within its premises.

In a statement to the media, Agra District Magistrate Prabhu N Singh claimed there was no death due to lack of oxygen on that day the alleged video was recorded. However, he said a probe would be conducted.

“Initially, there was some panic and shortage but we sorted all that out in 48 hours. In this hospital, there have been seven Covid deaths on the 26th and 27th of April. The hospital also has a lot of other ICU beds. There is no truth that 22 people died but we will carry out an inquiry,” Mr Singh said in a statement.

Visuals of desperate people lining up outside oxygen plans around the state had hit headlines in April, and many hospitals treating coronavirus patients across Uttar Pradesh had repeatedly complained of oxygen shortages. In most cases, the state government had denied that there was a shortage and claimed all efforts were made to supply oxygen on time. Criminal action was also taken against a Lucknow hospital for allegedly lying about oxygen shortage.