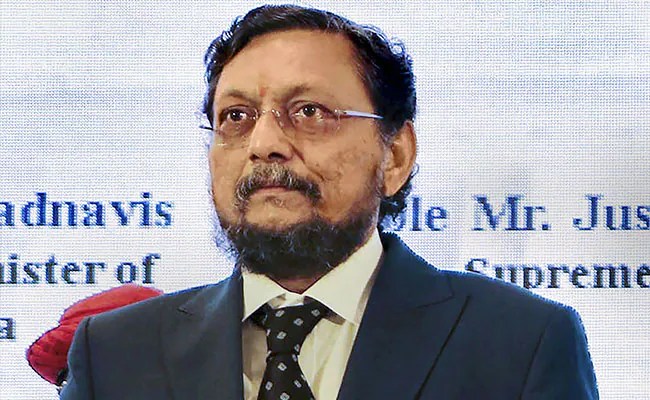 “I did my best, I don’t know how it came across,” outgoing Chief Justice of India (CJI) Sharad Arvind Bobde said in his farewell address as he retired on Friday.

Justice Bobde was administered oath as 47the CJI in November 2019 and had a tenure of over 17 months.

Senior-most Supreme Court judge Justice Nuthalapati Venkata Ramana has been appointed as the next Chief Justice of India.

A staunch supporter of use of Artificial Intelligence in delivery of justice, Justice Bobde introduced Supreme Court Portal for Assistance in Courts Efficiency for assisting judges with legal research.

Justice Bobde also headed the bench which agreed to examine the constitutional validity of CAA and on January 22, 2020 made it clear that the operation of the Act will not be stayed and gave the government four weeks to respond to the pleas challenging the Act.

A couple of months later, in March, the CJI led bench had indicated that over 150 petitions challenging CAA would be referred to a Constitution bench but due to the disruption in physical hearing because of the coronavirus pandemic, the matter is yet to be listed for hearing.

Justice Bobde as head of judiciary also stayed the implementation of controversial new farm laws till further orders and decided to set up a 4-member committee to resolve the impasse over them between the Centre and farmers’ unions protesting at Delhi borders.

With his retirement, Justice Bobde would go down in annals of history for being unsuccessful in making a single appointment in his year long tenure.

As the country came to a standstill amid the COVID-19 induced lockdown last year, the top court under CJI Bobde not only swiftly evolved a system and switched to video conferencing and e-filing instead of physical hearings but also showed the way to other courts across India to ensure that citizens continue to have uninterrupted access to justice.

He headed a bench which ordered all states to consider releasing some prisoners on parole to reduce overcrowding in prisons during the COVID-19 outbreak and directed them to constitute a high powered committee.

CJI Bobde headed the in-house committee comprising of Justice Ramana and Indira Banerjee which looked into the allegation of sexual harassment against former CJI Ranjan Gogoi.

A five-judge Constitution bench, of which he was a part, rendered a unanimous verdict to bring the curtains down on the vexatious Ayodhya land dispute which was pending in courts since 1950.

A nine-judge bench of the top court headed by the then CJI JS Khehar and which included Justice Bobde had held unanimously in August 2017 that the Right to Privacy was a constitutionally protected fundamental right in India.

Born on April 24, 1956 in Nagpur, Maharashtra, Justice Bobde completed Bachelor of Arts and LLB degrees from Nagpur University. He was enrolled as an advocate of the Bar Council of Maharashtra in 1978.

Justice Bobde practised law at the Nagpur Bench of the Bombay High Court with appearances at Bombay before the Principal Seat and before the Supreme Court for over 21 years. He was designated as senior advocate in 1998.

Justice Bobde was elevated to the Bombay High Court on March 29, 2000, as Additional Judge and sworn in as Chief Justice of Madhya Pradesh High Court on October 16, 2012.

Vaccines Must Be Given To States For Free, West Bengal Goes To Supreme Court