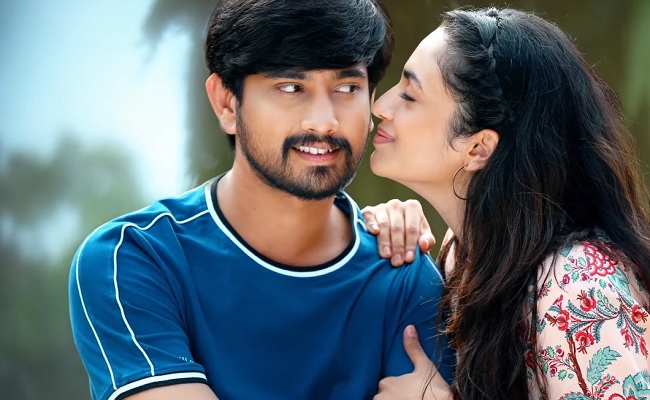 Raj Tarun and Hebah Patel starrer ‘Orey Bujjiga’ was due to be released in March this year, but the lockdown has spoiled his plans.

The movie is finally here. “Orey Bujjiga” is the latest Telugu movie that skipped the cinema release to have a direct premiere on an OTT platform. It streams on “Aha”. Let’s analyze.

Much against her will, the parents of Krishnaveni (Malavika Nair) arrange the wedding with her cousin. On the wedding day, she runs off to Hyderabad.

Around the same time, Bujjigadu (Raj Tarun), who is also from her village, runs away from his home and gets on the same train.

Meanwhile, Bujjigadu tries to propose to Sujana (Hebah Patel). How the lives of Krishnaveni, Bujjigadu and Sujana are intertwined is the rest of the story.

Raj Tarun is normally here while delivering a neat performance. His comedic timing is good. Malavika Nair is lovely and easily plays the role of Krishnaveni.

Hebah Patel’s character is poorly written. She makes a guest appearance, but the same could have been played by any junior artiste.

Music composer Anup Rubens has come up with good grades after a long break. The songs “Ee Maya Peremito” and “Krishanveni” stand out.

Music is the brightest points of this romantic comedy. Andrew’s cinematography is pleasant. Production values ​​are okay. Editing is not effective.

Vijay Kumar Konda, who previously directed “Gunde Jaari Gallanthaindhe”, has written a story that is nothing new, but he starts the story captivatingly.

A girl and boy who know each other and run away from their homes for various reasons of their own crush is a threat that works in the first half. Wrong identities and confusion led to decent entertainment in the beginning.

But this is a story that ends in the interval itself.

The writer and director extend it with a forced and artificial twist. The second half is intended to maintain the running time of more than two hours at all costs.

Example of a scene: A rowdy gang chases Raj Tarun to show them where Krishnaveni (Malavika) is, he says he never saw her face. Then one of the rowdies hands over his cellphone to Raj Tarun to show her photo, but the cell phone slips to the floor and the display glass is smashed. Other noisy members say they don’t have her photo, except in the broken cellphone. How dumb is this? In the WhatsApp era, the director wrote a scene reminiscent of 80s and 80s movies.

The first scene comes before the interval and the second scene in the second half. These are enough to tell how they are woven for the convenience of the story.

The film is based on a comedy of mistakes, but the comedy collapses after a while. The jokes, especially the sequences with Saptagiri and Sathya, are outdated.

All situations happen at the convenience of the director. Moreover, it is reminiscent of similar films in this genre that we have seen countless times.

Although a few dialogues like “Hello Sujana Tinnavara” and “Daridram Duty Freelo konukkuntlunnadi” smiles brine, the comedic scenes are largely not funny.

All in all, “Orey Bujjiga” is yet another routine rom-com starring Raj Tarun. It starts off with an interesting note, but goes down as the story progresses.