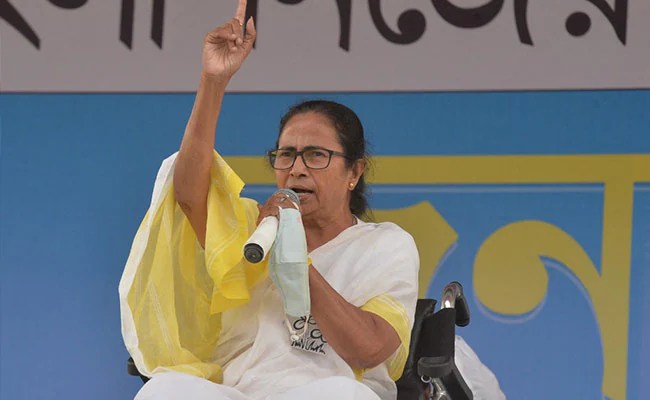 The claim of free COVID-19 vaccination has become the latest flashpoint between the Trinamool Congress and the BJP as West Bengal prepares for two more rounds of voting in the assembly election.

During the Bihar election campaign in October last year, at the height of the first wave of the pandemic, the BJP had promised it would vaccinate people for free in the state where Chief Minister Nitish Kumar’s Janata Dal (United) and the BJP are in an alliance.

The BJP has brought that promise to Bengal now. “As soon as BJP government comes to power in West Bengal, COVID-19 vaccine will be provided free of cost to everyone,” the BJP tweeted from its official handle.

As soon as BJP government comes to power in West Bengal, COVID-19 vaccine will be provided free of cost to everyone. pic.twitter.com/gzxCOUMjpr

The BJP’s promise of free vaccination in Bengal comes a day after Chief Minister Mamata Banerjee’s Trinamool Congress made the same promise in a tweet on Thursday. “Free universal vaccination for everyone above the age of 18 post May 5,” the Trinamool tweeted.

The Trinamool quickly pointed out that the BJP “forgot” about free vaccine in Bihar soon after it came to power again in November last year. Ms Banerjee’s party alleged the BJP will forget Bengal too, if it comes to power.

“BJP’s free vaccine jumla with two phases to go in Bengal. Remember what BJP did in Bihar? They announced during the election free vaccines. Elections finished, they forgot. Free vaccine jumla, vaccines for all in Bengal, don’t believe the BJP, don’t trust the BJP,” Trinamool leader Derek O’Brien said in a video statement.

Trinamool made the commitment yesterday.

There is one BIG difference between the two. #COVID19

The Bengal election is being held amid a deadly second wave of COVID-19 that has put immense pressure on the country’s health infrastructure. Prime Minister Narendra Modi and Ms Banerjee have cancelled their remaining rallies to avoid crowding. The Trinamool has requested the Election Commission to club the two remaining rounds of voting into one.