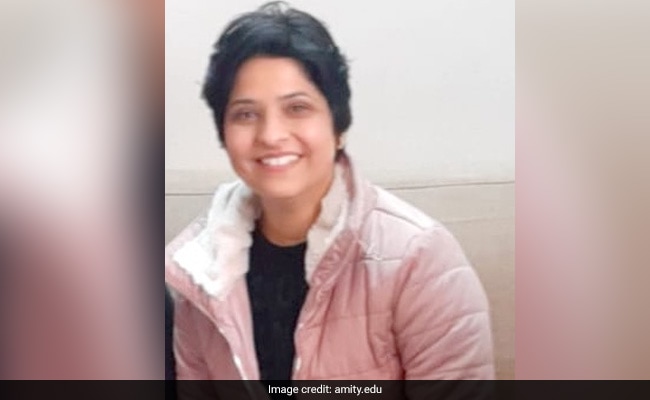 A scientist of a private university in Noida has been awarded the first prize in a contest organised by the Defence Research and Development Organisation (DRDO) for her concept that could help detect a person’s identity based on physiological parameters even if the face is covered or in a dark space, her university said Tuesday.

Dr Shivani Verma of the Amity Institute of Space Science and Technology (AISST) submitted an innovative concept “AI-based detection of a person based on physiological parameters” which won the award in the DRDO’s “Dare To Dream 2.0” innovation contest.

Dr Verma is one of the five top prize winners in the individual category of the contest, according to the recently announced results available on the DRDO website, which is charged with the research and development of the country’s defence forces.

Her concept develops on an intelligent inferencing recognition system based on physiological parameters of a person with built-in high accuracy of recognition, giving it an edge in conditions where biometric and facial recognition technologies are found inadequate.

“It is an innovative solution considering fusion of parameters such as skeletal data, gait, occluded face recognition and movement parameters where in even if the person is moving in dark space his identity can be identified,” the Amity University said.

“Any type of disguise, be it a deliberate limp, covering face or manipulating fingerprints won’t help the anti-social elements to escape. This would be a very accurate inferencing approach for identifying a person by intelligence agencies, defence organisations, police, etc.,” it added.

Dr Verma, under the guidance of Dr MS Prasad, Director (AISST), said now the Technology Development Fund (TDF) Scheme executed by the DRDO has sought details of the project proposal within four weeks for consideration for further development support of the idea into technology grant-in-aid.

“Once that is approved, the DRDO will provide 90 per cent grant-in-aid on accelerated technology development or project value of up to Rs 10 crore in 24 months,” she said.

Started on the fifth death anniversary of former President APJ Abdul Kalam, the DRDO’s “Dare To Dream” innovation scheme was launched for emerging technologies to promote individuals and startups for innovation in defence and aerospace technologies in the country.