A left-hand-drive Volkswagen Taigun has been spotted at a Police checkpost near on the Mumbai-Satara stretch which means models which will be exported to other markets are also being tested on India soil. 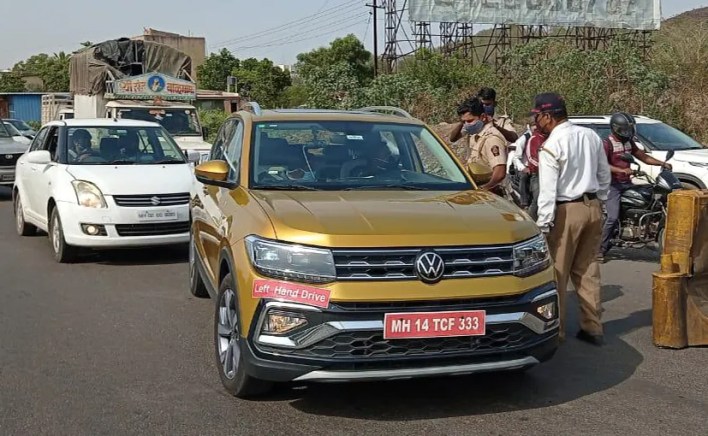 The Volkswagen Taigun LHD has been spotted testing near Mumbai.

The upcoming Volkswagen Taigun is one of the highly anticipated launches of this year and the SUV has been spotted testing ahead of its launch which is likely to happen this festive season. In fact, the test mule of the Taigun spotted at a Police check post on the Mumbai-Satara stretch was a left-hand-drive (LHD) vehicle. It means that models which will be exported to other markets from our market are also being tested on Indian soil which is indeed a new development. 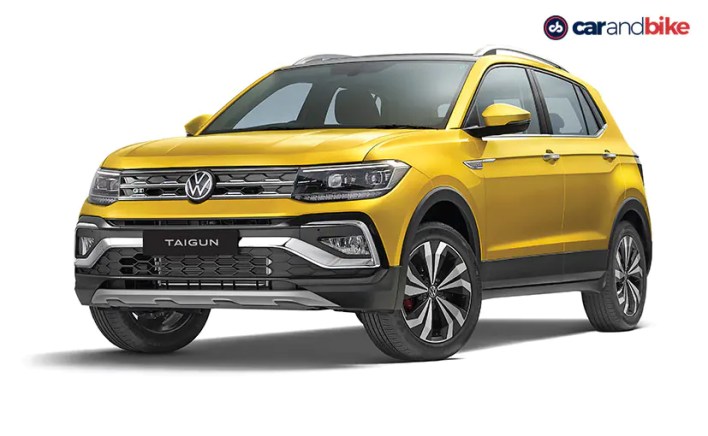 The Volkswagen Taigun is based on the MQB AO IN platform.

Now the LHD Volkswagen Taigun isn’t very different from India-spec SUV, save for the fact that the steering wheel is on the opposite side. It continues to get loads of chrome on the front grille and even around the fog lamp housing. The design language is butch and very urban and the front section is upright for the imposing look, while the boxy proportions allow for a nice stance on the model. Enhancing the SUV feel of the vehicle is the skid plate up front and the plastic cladding on the profile, while the roof rails too make it look a bit taller. The rear section of the car looks attractive as well sporting the single-bar LED brake lamp and yes, that is one of the Taigun’s clear signatures. Up front, you get LED headlights and DRLs. 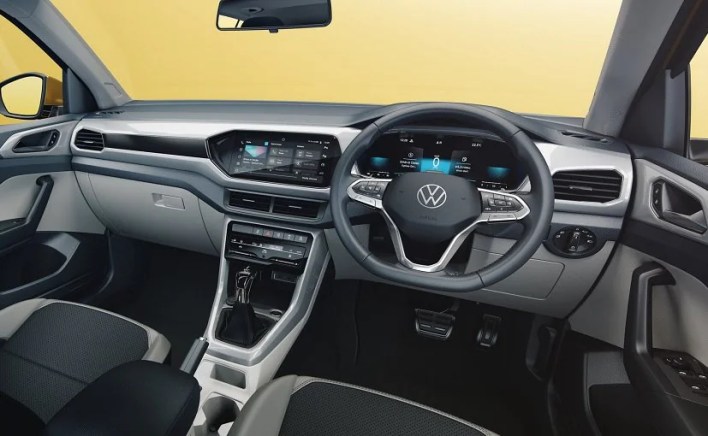 On the inside it will get dual-tone upholstery and a 10.1-inch touchscreen unit.

The German carmaker has recently unveiled the pictures of its cabin. The dual-tone black and grey colour treatment is very similar to that of the T-Roc. The centre stage on the dashboard is taken by the large touchscreen infotainment display, which is expected to be a 10-inch unit, and beside it, we see a large instrument cluster, which is also a fully digital unit. The Taigun also gets a flat-bottom steering wheel with controls for music, telephony and possible cruise control. Under the central vents, we have more buttons for other in-car functions, including the air-con system. We also get to see a pair of USB charging ports, a 12V charging socket and an engine start-stop button. The SUV also gets a bunch of storage pockets, a central armrest and two-tone fabric and faux leather upholstery. 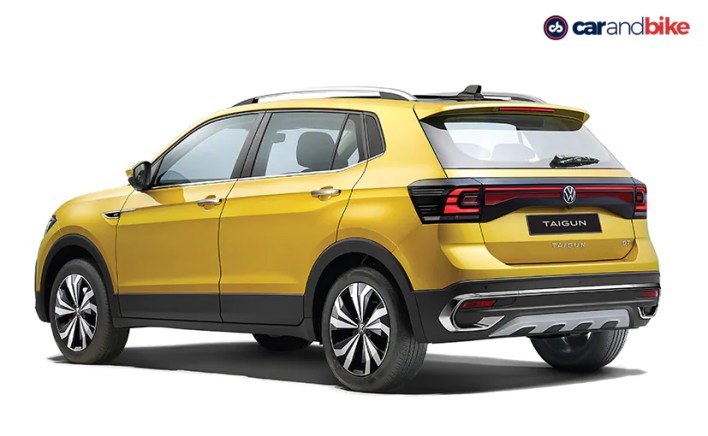 The too looks bold sporting those massive taillights and chunky cladding.

The Volkswagen Taigun is based on the MQB A0 IN platform and will be the first of many cars based on it which will come to our market. The Taigun will come with two turbocharged petrol engines – 1.0-litre TSI and 1.5-litre TSI. There will be no diesel engine on offer. The 1.0-litre TSI motor puts our 113 bhp and 175 Nm of peak torque. Volkswagen will offer it with a six-speed manual or a six-speed automatic transmission. The 1.5-litre TSI churns out 148 bhp and 250 Nm of torque and will be available with a six-speed manual and a seven-Speed DSG automatic.

Bitcoin Sinks Below $50,000 as Cryptocurrencies Stumble Over Biden Tax Plans

BS6 Compliant CFMoto 650GT Teased Ahead Of Launch
1 min ago