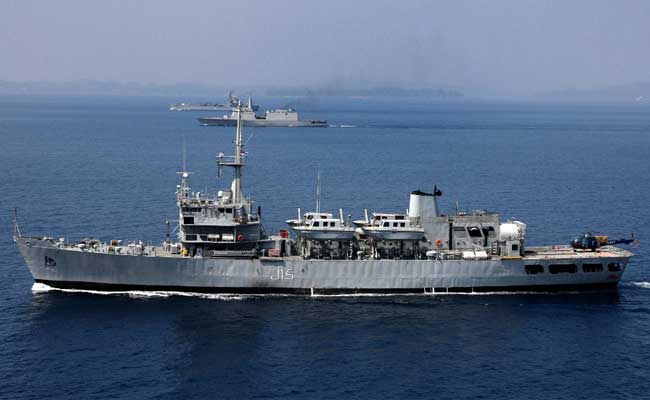 The ship was commissioned to the Indian Navy on February 26, 1981.

Indian Navy’s hydrographic survey ship Sandhayak would be decommissioned on Friday after serving the nation for 40 years, an official statement said on Thursday.

“The decommissioning ceremony of INS Sandhayak will be held at naval dockyard Visakhapatnam and will be a low-key event attended only by in-station officers and sailors with strict observance of COVID-19 protocols,” the statement issued the Indian Navy said.

The ship, during its commissioned service, undertook approximately 200 major hydrographic surveys and numerous minor surveys in both east and west coasts of the country, the Andaman seas as well as in the neighbouring countries, it said.

Apart from survey missions, the ship has been an active participant in many significant operations such as Operation Pawan (assisting the Indian Peace Keeping Force in Sri Lanka in 1987) and Operation Rainbow (rendering humanitarian assistance post Tsunami of 2004), the statement said.

The ship was commissioned to the Indian Navy on February 26, 1981.

Since that day, the ship has been the alma-mater nurturing the hydrographers of the Indian Navy thereby laying the foundation of complete hydrographic coverage of the peninsular waters, the statement said.

Not Right Time To Talk About Vaccine Supply Abroad: Centre