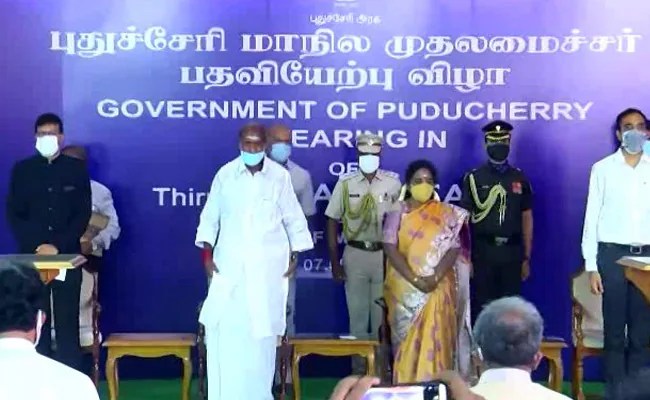 All India NR Congress chief N Rangasamy was sworn in as the new Chief Minister of Puducherry by Lieutenant Governor Tamilisai Soundarajan this afternoon.

The ministers in Mr Rangasamy’s cabinet will be inducted later. A Namassivayam, who joined the BJP in January after quitting the Congress, is tipped for the post of Deputy Chief Minister, said an official source.

NR Rangasamy heads the National Democratic Alliance, which has the BJP as the other constituent.

The total strength of the Assembly is 30 and 16 is the majority mark for formation of a ministry. The AINRC and BJP have a combined strength of 16.