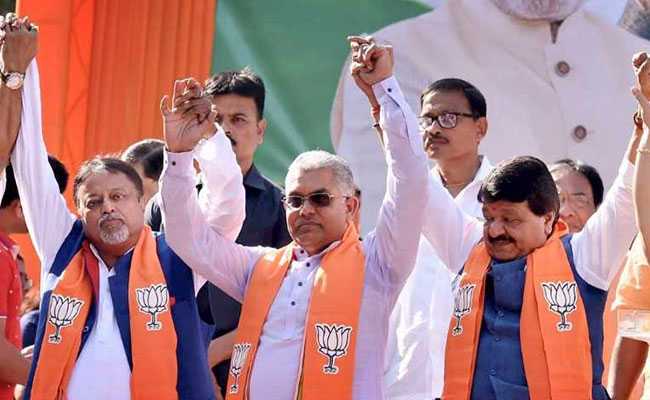 BJP’s national vice president Mukul Roy is among 306 candidates who will contest 43 constituencies in the sixth phase of the Bengal Assembly elections today.

Senior Trinamool leader Chandrima Bhattacharya is another political heavyweight whose electoral fate will be sealed today. She will take on CPIM’s Tanmoy Bhattacharya and BJP’s Archana Majumdar in the Dum Dum Uttar constituency.

In the Purbasthali Dakshin constituency, the Congress has fielded Abhijit Bhattacharya against Trinamool’s Swapan Debnath.

The Trinamool and the BJP are contesting all the 43 seats in the sixth phase. The Congress, Left and the Indian Secular Front are contesting the assembly polls in an alliance.

Voting for the remaining two phases will take place on April 26 and April 29.

Counting will be held on May 2.

With inputs from ANI

Mamata Banerjee Rules Out Lockdown In West Bengal, Assures Vaccination For All Above 18

4-Digit Security Code In CoWIN From Tomorrow To Minimise Error: Centre
19 mins ago