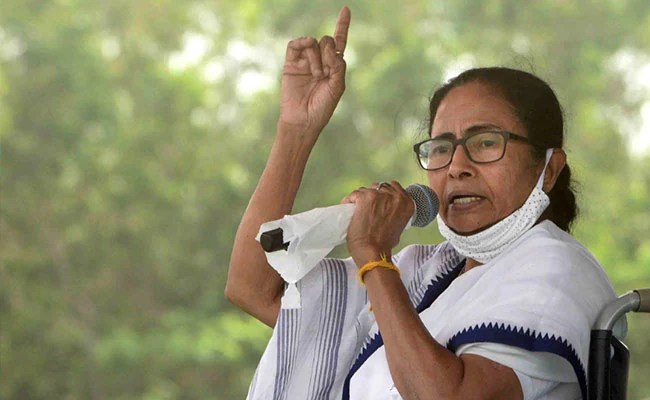 BCCI president Sourav Ganguly has also been invited for the ceremony, the official said.

The swearing-in of Trinamool Congress supremo Mamata Banerjee as chief minister at Raj Bhavan on Wednesday morning will be a low-key programme given the ongoing COVID-19 pandemic, a government official said.

Invitations for the programme have been sent to her predecessor Buddhadeb Bhattacharjee, leader of Opposition of the outgoing House Abdul Mannan and CPI(M) veteran leader Biman Bose, the official said on Tuesday.

Chief ministers of other states and leaders of other political parties have not been invited for the programme keeping in mind the current COVID-19 situation in the country, he said.

“It has been decided to keep the oath-taking ceremony of Mamata Banerjee a very simple one because of the COVID-19 pandemic. Ms Banerjee will be the only leader who will be taking oath tomorrow. The programme will be a very brief one,” he said.

Trinamool Congress MP Abhishek Banerjee, poll strategist Prashant Kishor and party leader Firhad Hakim are likely to be present at the ceremony scheduled to be held at the Raj Bhavan at around 10.45 am on May 5, TMC sources said.

BCCI president Sourav Ganguly has also been invited for the ceremony, the official said.

Soon after taking oath, Ms Banerjee will go to the state secretariat ”Nabanna” where she will be given ”guard of honour” by Kolkata Police, sources said.

4-Digit Security Code In CoWIN From Tomorrow To Minimise Error: Centre
27 mins ago