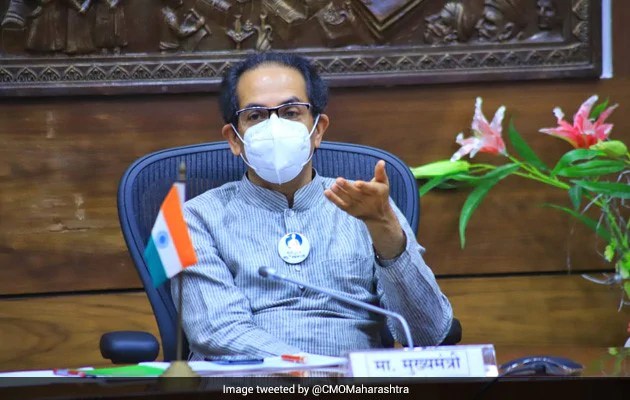 Maharashtra Chief Minister Uddhav Thackeray on Thursday told Prime Minister Narendra Modi that the state was not lagging behind in the fight against COVID- 19, and urged him to affirm that there should be no politics in this effort.

He was speaking during the video-conference meeting with PM Modi to review the coronavirus situation in the country.

His statement comes a day after Union Health Minister Harsh Vardhan made a stinging attack on the Maharashtra government, saying that it had “singularly bogged down” the entire country’s effort to fight the virus.

A statement issued by the Chief Minister’s Office (CMO) said that Mr Thackeray requested the Prime Minister to address the leaders of all political parties, asking them to refrain from indulging in politics on the issue.

He said Maharashtra has increased the number of daily tests and requested for additional vaccine doses. He also sought PM’s help in procuring oxygen and ventilators from other states.

During the meeting, the union health secretary expressed satisfaction that out of the total tests conducted, 71 per cent were RT-PCR tests and 28 per cent rapid antigen tests, and requested the numbers to be increased, the statement said.

Mr Thackeray said the state had succeeded in keeping the virus in check, but the grampanchayat elections, marriage events resulted in the spread of the virus. There was a sudden spike in Vidarbha and the spread was rapid. There was a virus mutation when the situation was being normalised.

He added that the state government aims to complete vaccination of 1.77 crore population in the priority list, for which 40 lakh vaccine doses are required per week.

The state has so far received 1,06,23,500 doses, out of which 92 lakh to 95 lakh have been administered. But the stocks have dried up and many vaccine centres have been shut.

He said that the Centre has assured supply of 17.43 lakh doses after April 15, but then there would be interruption in the vaccine drive.

He reiterated the demand for lowering the vaccination age limit to 25 years.

He said that in the last three days, over two lakh tests were conducted daily, out of which 1.25 lakh were RT-PCR.

How To Celebrate Lord Ram’s Birthday Amid Covid Crisis

How To Celebrate Lord Ram’s Birthday Amid Covid Crisis