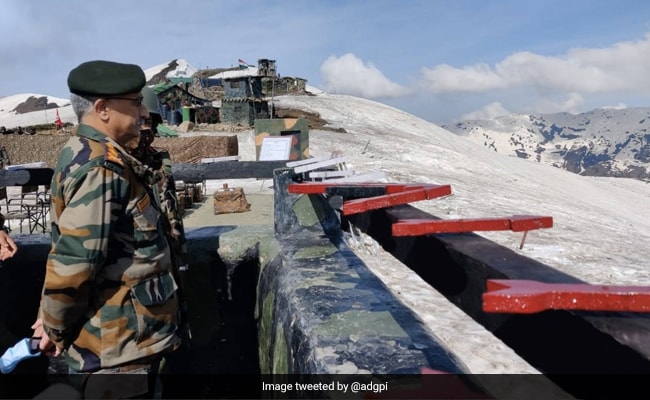 The Army Chief was on a two-day visit to Kashmir to review the security situation.

Army Chief General M M Naravane today said the longevity of the ceasefire along the Line of Control with Pakistan depends on the actions of the neighbouring country but asserted that there would be “no slackening” of preparedness as terror infrastructure across the border was intact.

“The ceasefire along the LoC is holding as of now. The onus of making sure that the ceasefire holds is squarely on Pakistan. We are willing to observe the ceasefire as long as they do so,” he told some journalists at the end of his two-day visit to Kashmir.

The Army chief said other activities like terror infrastructure, including terrorist camps and presence of terrorists on the other side of the LoC, were continuing in Pakistan occupied Kashmir.

“Therefore, there can be no slackening of our level of preparedness,” he added.

On the second day of his two-day visit to the #Kashmir, General MM Naravane #COAS reviewed the security situation along the Line of Control. (1/n)#IndianArmy#StrongAndCapablepic.twitter.com/Rxavzcbqzs

Asked if Islamabad can be trusted as the ceasefire has been holding for 100 days now, General Naravane said, “There have been decades of mistrust between India and Pakistan. So, the situation on that score cannot change overnight.”

He said if Pakistan observes ceasefire in letter and spirit, the small steps can lead to incremental gains.

“If Pakistan continues to desist from fomenting trouble in India, then the small steps can lead to that level of trust that you are talking about,” he added.

Shehnaaz Gill appears fit and beautiful in recent photos. An examination of her dramatic transformation and weight loss technique
9 hours ago