Watch this article through to the end to learn more about the Legacies Season 3 release date, cast, flashback, and storyline

Legacies Season 3 released its first episode on January 21, 2021 and is still on air, it has one of the best plots of the 2 seasons of the Legacies and is released on the same platform, Amazon Prime. 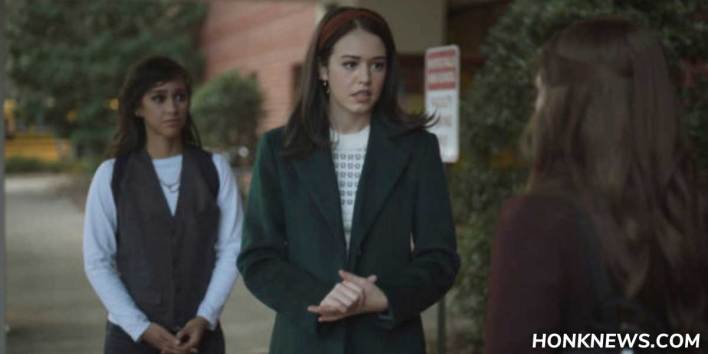 In the last episode of Legacies Season 2 we see how Hope had a plan B that saved Lizzie from death and got help from MG, Hope went into Josie’s subconscious to help her get the dark side out of her body and she is successful at that and in the end we see Landon and Hope not waking up making us tense about what is going to happen and will Landon come back in season 3 or not? If you want a detailed recap of the show, check out Legacies Recap

So let’s see what will happen in Legacies Season 3!!

We see Hope still unconscious while MG organizes a sports day for all students interrupted by Lady of the Lake and the Green Knight from Malivore. We also see how Lizzie tries to get a good picture of Josie, since her past wasn’t too good for other students. The lady of the lake wants the sword but can’t take it as the sword belongs to King Arthur who only allows a worthy person to take it and that worthy one was known as Rafael when he took the sword out and we perished too knowing that he is the descendant of King Arthur.

Landon is then brought back from the dead by the necromancer for his own selfish reasons and we see Landon waking Hope up with a kiss. We also witness Chad’s horrific death that scared Alyssa into swearing her life to Necromancer. 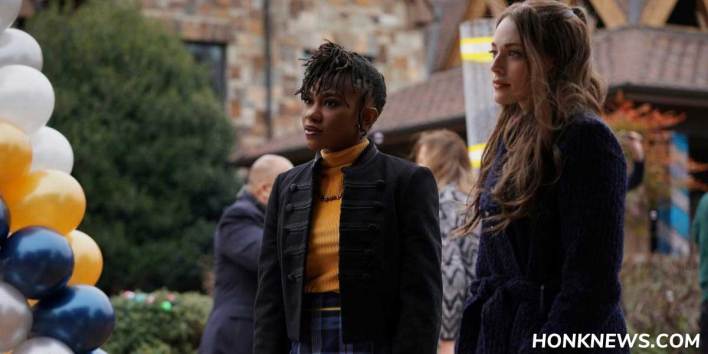 Landon begins to learn more about Rafael’s family, but Rafael begins to vomit black sludge, as did Chad and Alyssa, as they were all brought back from the dead. So Alaric tries to convince the necromancer to help him but he doesn’t and now Rafael has no option but to die a horrible death but as usual Hope comes up with a plan to save him but can only the days of his life by putting him in the prison world and that would keep him alive there.

Meanwhile Rafael’s mother is being searched by Alaric and they agree to go with him to the prison world and so he says goodbye to everyone and enters the prison world. Then we see how Hope is concerned about saving Landon from death, as he is no longer a phoenix and just a normal human being. Meanwhile, The Necromancer brings back the Sphinx to foretell the future and causes a student to die!

Next we see a sprite (who can make anyone believe in his existence from the beginning) who goes to Salvatore school and asks Landon to make a musical about the cast of vampire diaries, the infamous Stefan, Damon, Caroline, Elena, Klaus and others as well. But Landon uses the letter from Klaus, Hope’s father as the lyrics for the musical that angers Hope, but after seeing the musical, she forgives Landon and joins him on the song “Always & Forever”, famous for the Mikaelson. family. Check out The Vampire Diaries Season 9 release date now!!

The sprite was sent to the school to create a distraction that MG had previously learned from Alyssa, but he couldn’t tell anyone because the sprite had the ability to keep secret.

Meanwhile, MG is misled by Alyssa and Necromancer’s plan to sacrifice a vampire as a ritual. But instead, they plan to revive him as a super soldier as their puppet. Meanwhile, Alaric and everyone else go to mystic fall high to kill all the monsters coming from the Malivore portal created by the Necromancer. 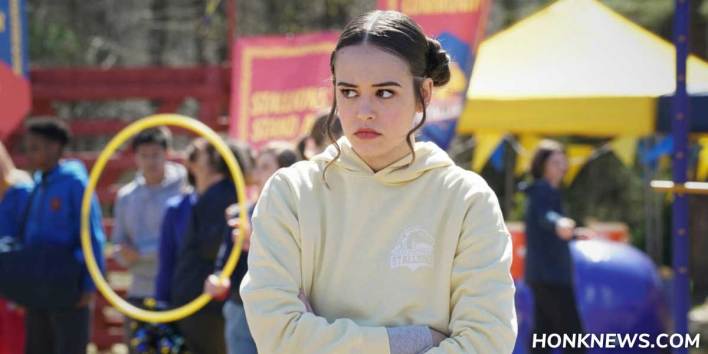 Josie and Lizzie go to save MG by rewriting the Triad spell that Alyssa knows. Then we see Landon being killed by a monster while on his way to the Necromancer and hopes for rescue come until Landon is revived. And later Alyssa, Josie and Lizzie send all the spells to the prison world, unknowingly they send Landon and Hope there too! When Alaric finds out, he rescues them from there and then Hope and Landon celebrate their birthday.

But suddenly, after a great time, Landon suddenly melts into some kind of dark jelly and is gone. Meanwhile, we see that after giving up her powers as a result of the incidents, Josie enrolls in the mystical high school and leaves Lizzie alone. After Landon’s disappearance, Hope is concerned and returns to her house, but no one remembers or trusts her for passing through the Malivore portal, but after Josie’s help to teach her the spell, everyone remembers who she really is. and Alaric sends everyone to find a way to bring Landon back. Meanwhile, we see Josie settling in mystical high waterfalls and meet Ethan and Finch. 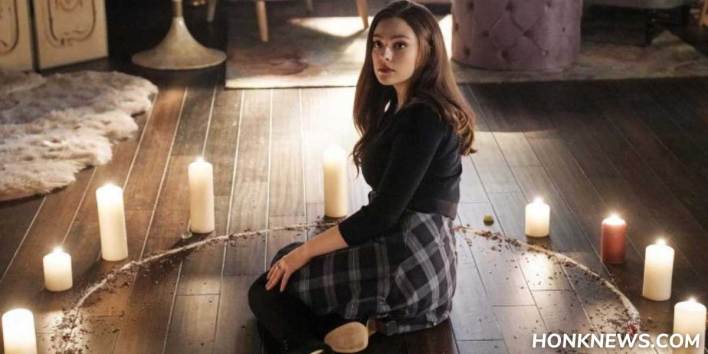 Elsewhere, we see MG and Lizzie astral-projecting into the prison world to find Landon and tell the truth about how she feels about Josie going to Mystic Falls high school. Then we see Hope and Alaric enter Vardemus’ therapy box and meet artificial Landon who blames her for her disappearance and then Hope decides to stay in the box forever with Landon to which Alaric responds by unplugging the box! Then we see Hope accept the fact that Landon is gone forever and become sad and guilty.

In the next episode, we’ll see the Salvatore school reopen and the majority of the students leave and only the super squad is here, potentially leading to the school’s closure forever. So Lizzie hopes to help her orient the new student as both have been through a traumatic period and Carnival Row Season 2 is just as interesting as this one!! 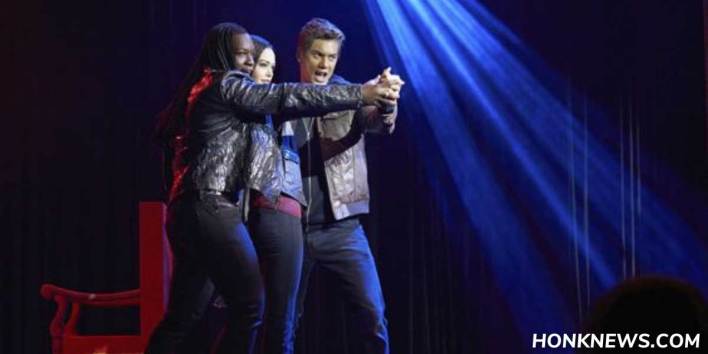 Then we see how the idea of ​​asking Hope for help went awry when she knocked everyone unconscious from her anger. We then meet Cleo who helps her through her art and painting. Then we see Cleo and another student save the school by enrolling here and meanwhile Landon reaches the ice cream parlor of The Necromancer where they fight each other to get the key from the Malivore and return to the prison world.

Then we see how Lizzie helps Alaric raise money for Salvatore School through a fundraiser, which turns out to be super crazy and successful after a leprechaun comes to the school. That’s when Landon’s hopes are back on the board when they see that the portal to Malivore is still open.

Then we see MG revealing that he had the ascendant given to him by Alyssa the whole time and pretended to be broken, which made Lizzie, Hope and the super crew mad. Hope then dreams that Landon is alive and with the help of Lizzie she projects astral projects to the prison world and finds Landon’s letter and then she demands that everyone help her to go to the prison world to bring Landon back, but rarely are there any few who agree. is dangerous for their lives and also for the world. 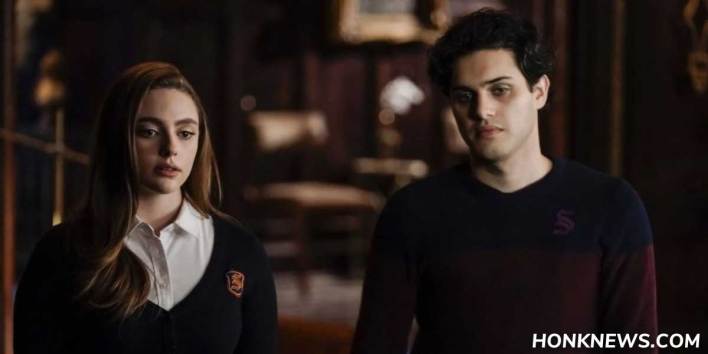 Cleo then calls on Charon to get Landon back, while Hope forces Josie’s help, as everyone has probably rejected her. But Cleo is fortunately successful and brings Landon back and stops Hope before going to the prison world. MG feels that after being ignored he should leave Salvatore school and in the meantime Josie moves in with Damon and Elena because she doesn’t want to get into such trouble again.

Super squad is confused which monster to invite to learn about Malivore’s plans. Then we see the school is attacked by Gremlin who feeds on disrespect and grows and while Lizzie was mad at Hope for using her sister and endangering her life the Gremlin started to grow into a monster and caught Cleo, so now Landon helps Lizzie and hopes in solving the fight and ask them to talk good about each other to shrink the gremlin and it works.

Then we see how to save Ethan from an accident, MG reveals his identity and fails to coerce him and that’s when they realize that his mother, Sheriff Mac has given him vervain and now to force him they have to wait on the vervain to get out of his system.

Hope then suspects Malivore is targeting Cleo for revenge, so she uses her to get hold of other monsters that are coming for her. Then we see the plan is successful when a banshee reaches her and reveals that Cleo is what malivore needs and wherever she is monsters will come and Landon will end up dead. So she leaves school and then Hope realizes that this was malivore’s plan to get her because she is a muse and malivore wants to be inspired! 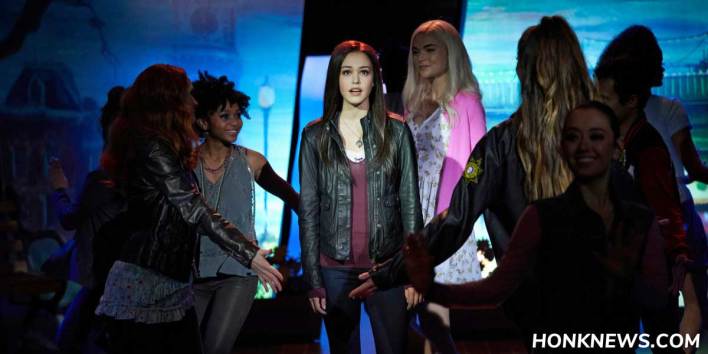 Then we see how Josie shares her feelings about vink with Lizzie and after many attempts by Lizzie, Josie is finally rejected by vink. Meanwhile, MG and Ethan bond and try to help people with MG’s power and through that we learn that Finch is a werewolf. Then we see how the masked monster mysteriously sneaks into the room where Landon and Hope are sleeping and grabs a strand of their hair and runs away.

There are still a few episodes that haven’t premiered yet, so stay tuned for further updates!!

You will also be watching Legacies Season 4