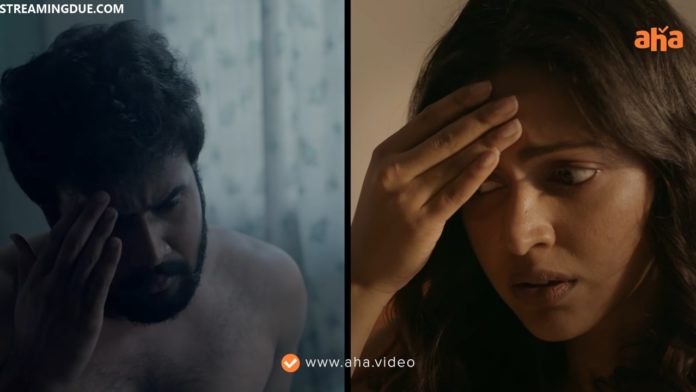 Kudi Yedmathe Web Series: Aha Video is really working hard to impress its user base and audience especially from Telugu belt, Aha is already the biggest OT platform in South India and looks like they are not going to stop here. Few days back Aha announced another web series named Kudi Yedmathe, this series is all set to release on platform in this July 2021, here we talk about release date, cast, trailer and some more details are going to do.

11th Hour starring Tamannaah was a big blow for AHA, the series was rejected by the critics as well as the audience, now we hope that the series will do some good for the AHA subscribers.

The web series stars Amala Paul in lead roles along with Pradeep Rudra, Ishwar Rachiraju, Rahul Vijay and Surya Srinivas. The series is created by TG Vishwa Prasad and written by Shivalanka Harish. The series is being directed by Pawan Kumar, who is behind the blockbuster U-Turn. Music composer Poornachandra Tejasvi is composing BGM and other soundtracks for the series.

The web series is all set to release on Aha streaming platform from 16th July 2021. The series will release in Telugu audio with subtitles at 12 midnight, those who have a subscription to AHA can watch the series for free from midnight onwards. 16 July.

The series is about a police cop and a delivery boy who find themselves trapped in a time loop. Durga Police Inspector (played by Amala Paul) finds herself in an unexpected and unimaginable situation of time-loop with a delivery boy. To know more about the series, you must watch it from 16th July 2021 on Aha.

The trailer of the series looks amazing, fresh and unique. Looks like Pawan is going to have another blockbuster after the superhit film ‘Uttern’, if you haven’t seen the trailer, you can watch it on Aha’s YouTube channel.

This was all about the Aha new web series, Kudi Yedmathe. What do you think about this?, Please let us know in the comment section, For more news and updates, stay tuned with us.