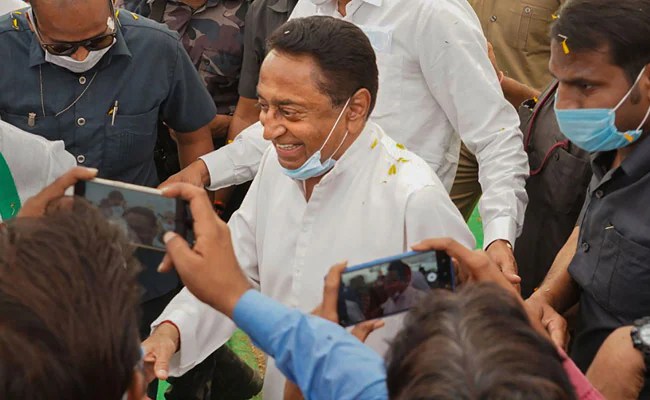 Kamal Nath has claimed that he possessed a pen drive relating to the case. File

A Special Investigation Team (SIT) probing the “honey trap” case in Madhya Pradesh today could not record a statement of state Congress president Kamal Nath as he was not available in Bhopal, an official said.

The scandal, which came to light in 2019, was an organised racket wherein a gang used to lure rich and high-placed people using young women and later blackmail them threatening to release objectionable content such as intimate videos and screenshots of social media chats. The women were brought to Bhopal through trafficking, police had said. Mr Nath had claimed in an online press conference on May 21 that he possessed a pen drive/CD relating to the case, following which the SIT served him a notice to record his statement under CrPC sections.

“Mr Nath had already informed in writing that he will be in Delhi on Wednesday as per his pre-decided programme and therefore won’t be able to record his statement,” Narendra Saluja, the media coordinator of the former Madhya Pradesh chief minister, told PTI.

A senior SIT official also said as Mr Nath was not available in Bhopal, his statement on possessing the pen drive relating to the honey trap incident could not be recorded.

The official said no fresh date was given to Mr Nath to record his statement.

Investigators had arrested five women and their driver from Bhopal and Indore in September 2019 in connection with the case.

At that time, the Kamal Nath-led Congress government was in power in Madhya Pradesh. Police had filed a charge sheet in the case in a court in Indore on December 16, 2019.

Maharashtra To Provide Rs 1,125 Per Month To Children Orphaned By Covid

Tokyo Olympics: Testosterone rule keeps transgender runner out of US trials | Other Sports News
29 mins ago