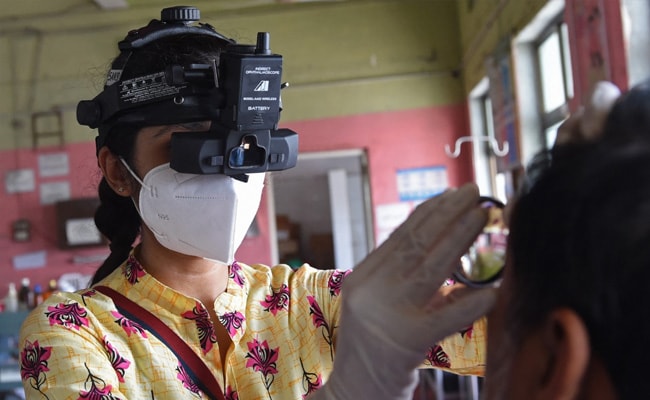 Jharkhand has declared mucormycosis as an epidemic amid the rising number of cases.

With a rise in mucormycosis or black fungus cases in Jharkhand, the state government has directed the health machinery to be on high alert and extend all possible care to the affected people, an official said on Saturday.

A total of 79 confirmed and 53 suspected cases have been reported to date in 18 of the 24 districts, he said.

“The state has thus far registered 26 deaths due to mucormycosis, while 50 people have recovered from it,” Ravi Shankar Shukla, Mission Director of the National Health Mission (NHM) Jharkhand, told PTI.

Mucormycosis is a fungal infection leading to prolonged morbidity and even mortality among COVID-19 patients.

Its treatment requires a multi-disciplinary approach consisting of ENT specialists, and eye, neuro and dental maxillofacial surgeons, besides administering Amphotericin-B injection as an antifungal medicine.

The state government has declared mucormycosis as an epidemic amid the rising number of cases.

“On the direction of Chief Minister Hemant Soren, black fungus has been declared as an epidemic,” the CMO had tweeted.

In May, the state government had asked the Integrated Disease Surveillance Programme (IDSP) to maintain records related to the lethal fungal infection. Civil surgeons in all the districts were asked to report fresh confirmed and suspected cases of mucormycosis to the IDSP.

“We are keeping a vigil on the situation and all hospitals have been asked to report any case on an urgent basis. We have asked for providing proper treatment to such patients,” a health official said.

Ranchi has reported the highest number of cases at 46, of which 29 are confirmed and 17 are suspected, while eight patients have died.

Of the 21 cases reported in East Singhbhum, 18 have been confirmed while five patients have died, Mr Shukla said.

Other districts that reported a high number of mucormycosis cases are Hazaribag (10), Garhwa (eight), Ramgarh (seven) and Giridih and Palamu (six each).

Most of the patients are being treated at Rajendra Institute of Medical Sciences in Ranchi, and Tata Memorial Hospital and Mahatma Gandhi Memorial Medical College and Hospital in Jamshedpur.