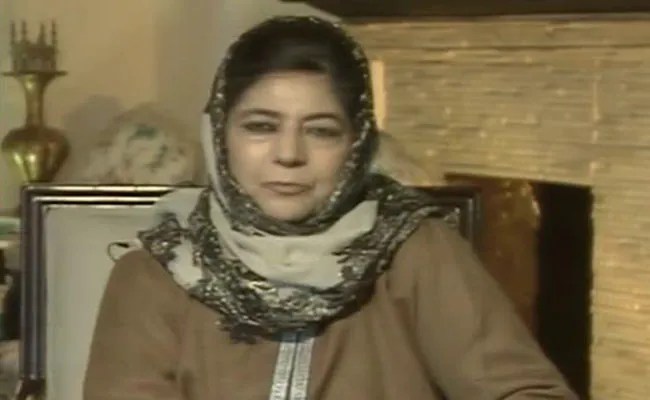 The Jammu and Kashmir High Court on Monday dismissed a petition filed by PDP president Mehbooba Mufti, in which she had sought a direction to the passport authority for the issuance of the document to her.

Dismissing the petition, Justice Ali Mohammad Magray observed that Ms Mufti’s application for a passport was rejected by the passport officer, Srinagar as the police verification report recommended against the issuance of the document to her.

“In such circumstances, I am of the considered view that no direction can be issued by this court for issuance of passport in favour of the petitioner. Even otherwise, the scope of this court in the matter of grant or otherwise of passport in favour of an individual is very limited in as much as the court, in this behalf, can only direct the concerned authorities to expeditiously consider the case of an individual in the light of the mandate of the scheme of law governing the subject,” the judge said in his order.

The court observed that it did not find any reason to interfere with the course of action adopted by the respondents in the case and “as a sequel thereto, the petition of the petitioner is hereby dismissed, along with the connected CM(s). Interim directions(s), if any subsisting as on date, shall stand vacated”.

It, however, said the dismissal of the writ petition shall not come in the way of the petitioner for availing the remedy as may be available to her in accordance with the law.

In a letter to Mehbooba Mufti, the Regional Passport Office here informed the People’s Democratic Party (PDP) president on March 26 that her application for a passport was rejected on the basis of the “adverse” police verification report.

The passport officer also informed the former Jammu and Kashmir chief minister that the Criminal Investigation Department (CID) of the Union Territory had recommended against granting a passport to her.

The letter said Mehbooba Mufti can appeal against the decision at a higher forum provided by the Ministry of External Affairs (MEA).

Commenting on the rejection of her application, the PDP president said it shows the level of normalcy achieved in Kashmir.

“Passport Office refused to issue my passport based on CID’s report citing it as ”detrimental” to the security of India. This is the level of normalcy achieved in Kashmir since Aug 2019 that an ex-Chief Minister holding a passport is a threat to the sovereignty of a mighty nation,” she said in a tweet.