Ever since R Ashwin ‘mankaded’ Jos Buttler in the 2019 edition of the Indian Premier League, it has ignited a debate among the cricket folklore, with fans divided over the mode of dismissal.

Venkatesh Prasad also pointed the same earlier this week, when the former India pacer took to Twitter and shared a picture of a Chennai Super Kings batsman taking off early even before the ball was released by the Rajasthan Royals bowler.

Calling it against the spirit of the game is a joke @ICC .#CSKvRR pic.twitter.com/vIHqbe6fWU

This is not the only incident when ‘mankading’ has come up in IPL 2021. Earlier in the match between defending champions Mumbai Indians and previous edition’s runners-up Delhi Capitals, star all-rounder Kieron Pollard gave Shikhar Dhawan a warning for backing up early before releasing the ball. 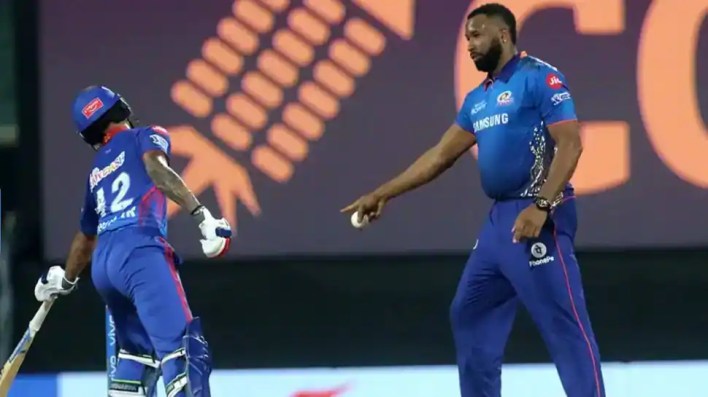 However, in the clash between Punjab Kings and Mumbai Indians on Friday, which the former won by nine wickets, Pollard was seen doing the same during Mohammed Shami’s over. And this was not just once, but a couple of times Pollard was seen backing up too far.

The picture has since gone viral on social media with many cricket followers bashing the Windies all-rounder for his action. Here are a few reactions:

Kieron Pollard started running even before the ball was released from Mohammad Shami’s hand. pic.twitter.com/dfzUXzN9x6

Batsman started running even before Bowler released the ball.

Despite the nine-wicket defeat against Punjab Kings, Mumbai Indians are currently placed at the fourth-place on the eight-team points table. They will now lock horns with bottom-placed Rajasthan Royals in their next encounter at the Arun Jaitley Stadium in New Delhi.

India tour of England: THIS is why Bhuvneshwar Kumar hasn’t been picked for WTC Final and ENG Tests | Cricket News

India tour of England: THIS is why Bhuvneshwar Kumar hasn’t been picked for WTC Final and ENG Tests | Cricket News

Coronavirus, Oxygen Crisis: "Lock Down Areas With Over 10% Positivity": AIIMS Chief To NDTV