India women’s team endured a tough 1-2 defeat against world number three Argentina in their semi-final encounter at the ongoing Tokyo Olympics. With this outcome, Rani Rampal and her unit are out of the golden medal contention but the team will face Great Britain in the bronze medal match. Great Britain were thrashed 5-1 in their semi-final encounter against the Netherlands.

India started the match on a dream note as the side earned the first penalty corner, which was drag-flicked inside the left side of the goal by Gurjit Kaur to help India take a 1-0 lead in the opening two minutes.

Howver, Argentina produced a fight back, something that was expected of them, but India ensured they went into the interval with a 1-0 advantage.

In the opening quarter, Argentina too earned penalty corners but the South American nation was unable to make anything out of it. 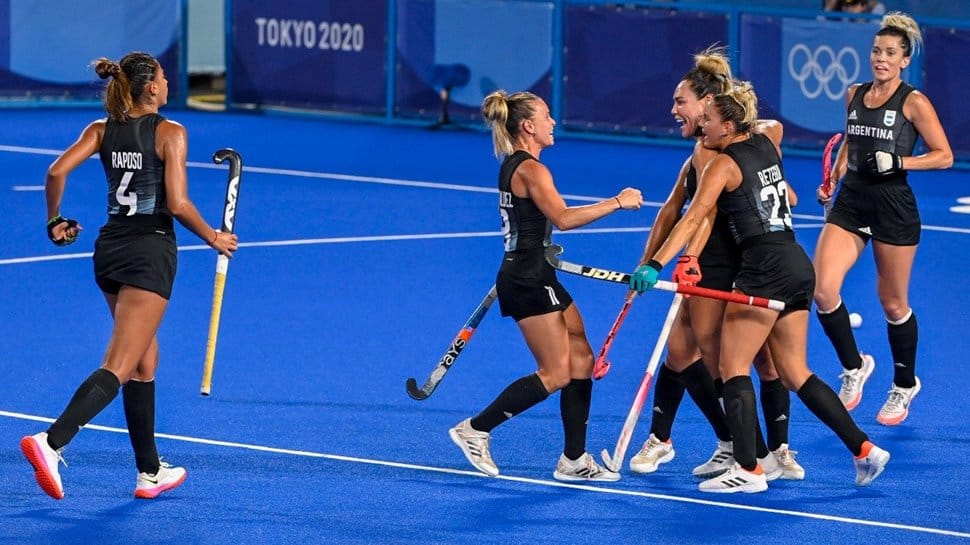 The second quarter saw Argentina start on a much-attacking note as they secured two penalty corners in the initial stages. Argentina experimented with some variation in the first attempt, which didn’t pay any dividends but a powerful strike from their skipper Maria Noel Barrionuevo helped Argentina get back into level terms in the second penalty corner.

Argentina kept on attacking from the left flank, but India matched up with a valiant display and some good work in the backline.

A successful drag flick by the experienced defender gave the Indians an early lead! #ARG won the match 2-1, and #TeamIndia will face #GBR in the #bronze medal match.#Tokyo2020 | #StrongerTogether | #Hockey | #BestOfTokyo pic.twitter.com/BakXrKumX3

In the second quarter itself, India also squandered off a golden opportunity to restore the one-goal advantage after Lalremsiami failed to hold onto an inch-perfect pass by Vandana Kataria inside the circle.

Apart from this India again came close to scoring but were denied by a brilliant save by goalie Maria Belen Succi after Rani Rampal’s unit were given a penalty corner. India were also handed a  second penalty corner in the same minute, but the team failed after a fumble by the striker.

Argentina maintained a similar approach in the third quarter, with Albertarrio Agustina tearing apart the Indian defence line. Soon after that the ball touched the foot of an Indian defender Deep Grace Ekka as Argentina inside the circle, helping them win a penalty corner.

Barrionuevo provided Argentina the lead in that moment after a penalty corner was deflected back inside the Indian goalpost and after a close look Argentina were awarded the goal.

The fourth and final quarter started with Rani Rampal leading the side from the front as she dribbled past a series of defenders and earned India a free hit right outside the circle. India maintained the domination in the final quarter and with less than ten minutes to go, India earned a penalty corner. The goal scoring opportunity was perfectly executed by the Indian unit as Gurjit forced Belen Succi to dive to force a save.

India also came close to scoring in the closing stages of the quarter but failed to net the equaliser in front of the Argentina backline and goalkeeper.