Hyundai recently released teaser images of the AX1 micro SUV, which is likely to be launched in India. It will be positioned below the Hyundai Venue and rival the upcoming Tata HBX micro SUV that was showcased at the 2020 Auto Expo. 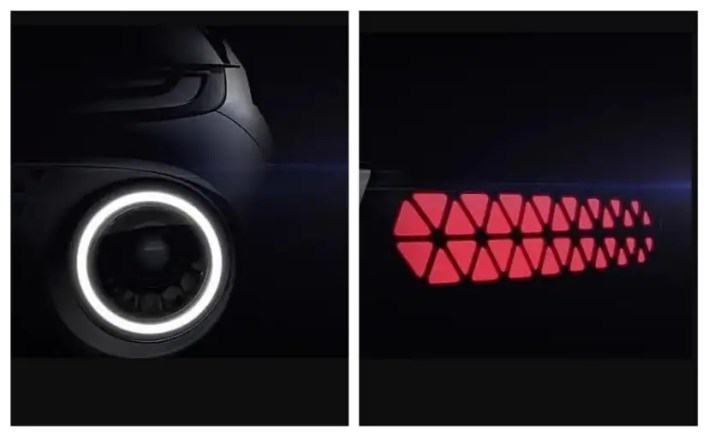 Hyundai wants to cement its position as the leading SUV manufacturer in India, at least in terms of volume. The Creta and the Venue are two of the best-selling models for the company in India and now, Hyundai Global has released teaser images of the AX1 micro SUV, which is likely to be launched in India along with few other international markets. The Hyundai AX1 will be positioned below the Venue, in Hyundai’s SUV pecking order and the model will go up against the Tata HBX micro SUV, which was showcased as a concept at the 2020 Auto Expo. 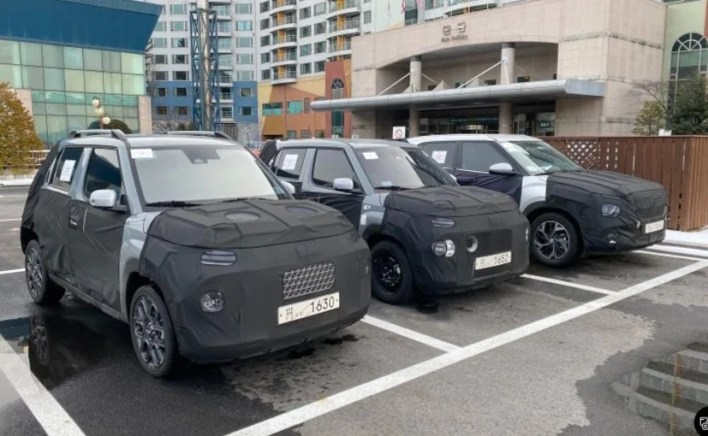 (The spyshot shows two variants of the AX1 standing side by side, one on the left is the higher-spec variant while the one sandwiched in the middle seems to be the base model)

The teaser images of the Hyundai AX1 reveal circular headlights with an LED daytime running light ring positioned on the bumper. There’s a sleek LED DRL above, which in all likelihood doubles up as the indicator. The split headlight look is typical Hyundai SUV design language. The teaser image of the taillight reveals a nice triangle pattern, intricate, which is consistent with other Hyundai SUVs as well. The spyshot of the car coming out of Korea reveal an upright stance, square wheel arches with plastic cladding and big windows. There are two models parked side by side, one being a top-spec model while the other being a mid-spec or the base model, as inferred by the different wheels and roof-rails. The front grille pattern seems to be different as well. (The car seems to get square wheel arches with plastic cladding, split headlight design and triangle pattern on the grille up front)

There are no details about platform and powertrain but we suspect that the car is likely to be based on Hyundai’s K1 platform, which also underpins the Grand i10 Nios. Expect the car to get similar engine options as the Nios, a 1.2-petrol, a 1.0-turbo and a 1.2-diesel. We expect Hyundai to offer a decent set of features on the model upon launch. The AX1 is likely to make its global debut before 2021 ends and will be launched in Korea later this year. The trial production of the micro SUV seems to have already begun. We can expect the AX1 to hit the showrooms in India in early 2022.