The Hyundai Alcazar is a three-row SUV based on the second-gen Creta, and according to these leaked brochure images, the SUV will come with several segment first features. The Alcazar is slated to be launched in June 18, 2021. 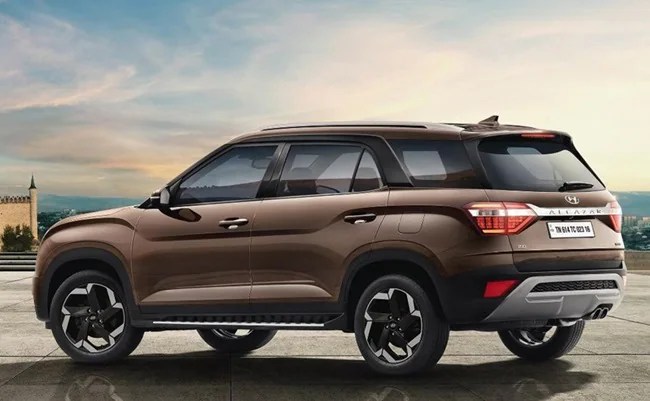 The new Hyundai Alcazar 3-row SUV is slated to be launched in India on June 18, 2021

The highly anticipated Hyundai Alcazar three-row SUV is all set to go on sale in India next week, on June 18, 2021. Ahead of its launch, images of the SUV’s brochure have leaked online revealing some previously unknown bits about the new Alcazar. The upcoming SUV will be offered in six variants – Prestige, Prestige (O) AT, Platinum, Platinum (O) AT, Signature MT, and Signature (O) AT. Also, the SUV will be offered in a total of eight colour options, which include six single tone colours – Taiga Brown, Typhoon Silver, Polar White, Titan Grey, Phantom Black, and Starry Night – and two dual-tone colours – Polar White + Phantom Black and Titan Grey + Phantom Black. 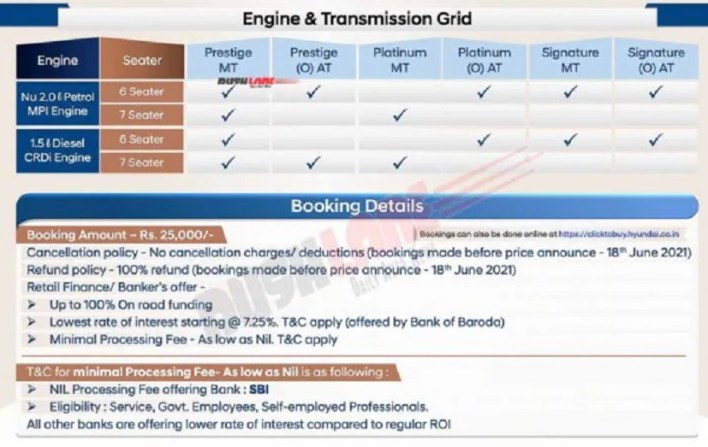 The Hyundai Alcazar will be offered in six variants – Prestige, Prestige (O) AT, Platinum, Platinum (O) AT, Signature MT, and Signature (O) AT

Also, Hyundai has already confirmed that the SUV will be offered in both 6 and 7-seater models, however, now we know which variants will get it. Customers can get the Prestige MT variants with either 6 or 7-seater layout in both petrol and diesel option, however with Prestige (O), only the petrol SUV gets the 6-seater layout, and the diesel option gets the 7-seater layout as standard. With the Platinum MT variants, you will only get the 7-seater cabin as standard, whereas with the Platinum (O) AT you only get the 6-seater cabin. Similarly, the 6-seater option is standard with the Signature trim in both cases. 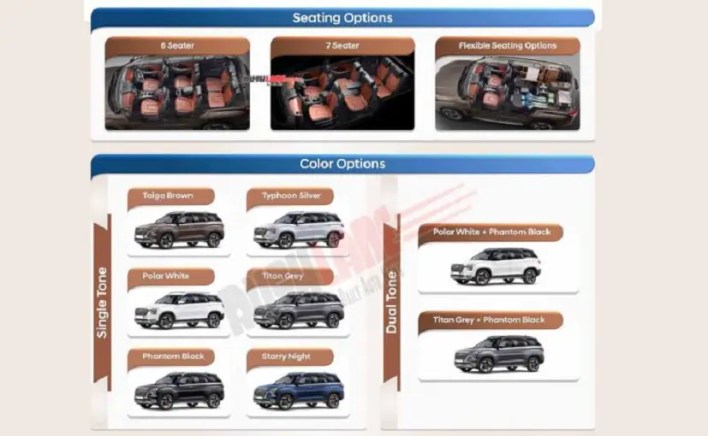 Several variants, right from the entry-level trim, will get the option for 6- or 7-seater cabin layout 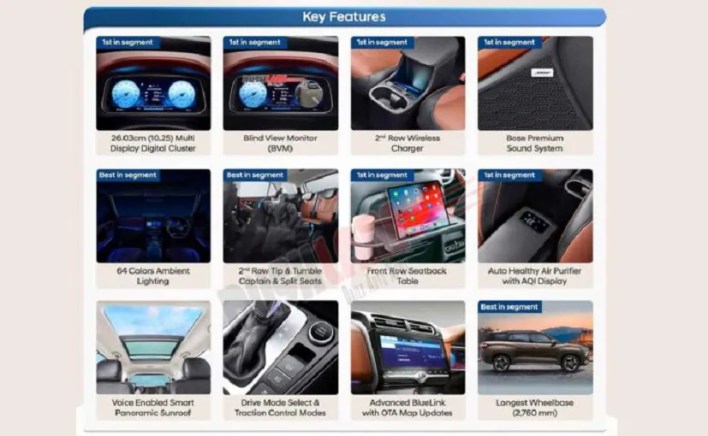 Unlike its rivals, the MG Hector Plus and Tata Safari, the Creta-based Hyundai Alcazar is not only longer, but it also gets an extended 2760 mm wheelbase, which 150 mm longer than the Creta’s wheelbase. The exterior includes a new cascading grille, slightly restyled LED headlamps, along with an updated bumper and fog lamps. The profile is also different, the obvious reason being it’s longer now, in fact even the wheelbase has increased by 150 mm, which was so far unheard of in this segment. The SUV also get a new design element at the rear, with the addition of the quarter glass, while at the rear we get new LED taillights that look much nicer and a twin-tipped exhaust. 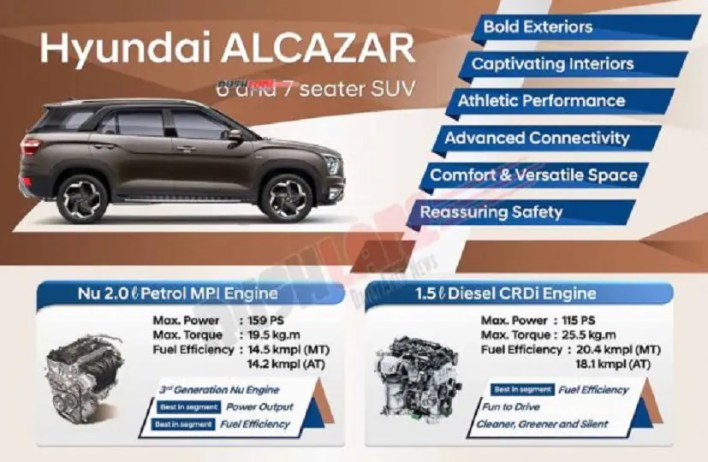 The Hyundai Alcazar will be available with both petrol and diesel engines, with a 6-speed manual and a 6-speed AT

The Hyundai Alcazar will be available with both petrol and diesel engines. The petrol engine is a 2.0-litre unit churning out 157 bhp and 191 Nm of torque. The oil burner, on the other hand, is a 1.5-litre unit that is capable of pushing out 113 bhp and 250 Nm of peak torque. Both engines will be offered with either a six-speed manual or a six-speed automatic transmission.

Congress Should Get VAT On Fuel Reduced In States Ruled By It: BJP