How emojis have redefined business communications

A few years ago, emojis were solely utilized by teens, in their cheerful or flirty chats. Certainly, with age, that generation has become more mature and humble in using these emojis. There have been more emojis, more creative, more inclusive of race and gender. Today, individuals of any age use emojis to add cheerfulness to written or textual communication. With 92% of the online population using emojis, it’s nothing unexpected that organizations have begun to utilize them in their marketing. Emojis have helped them with adding a human, playful and joyful touch in their communications.

To get closer to customers and make them feel more involved in the whole process of service delivery, businesses are making efforts through emojis to bridge that gap. Digital campaigns, surveys, questions, lucky draws, and giveaways, everything is involving emojis in it. Some of the examples of successful campaigns are shown below.

Kudos to Chevrolet for the decent rhyme in their hashtag. Words were insufficient for Chevy to express the specialty of their new car so they selected emojis as a mode of communication which was a fun and playful approach that everyone liked. This engaged the audience in deciphering the meaning of the message. Even if one was not interested in buying a car got busy figuring it out, which increased the reach of their campaign far and wide. Later through PR, Chevy followed up with the decoded form of their emoji.

Pepsi took a new initiative on the cultural revolution by Emojis. The ‘PepsiMoji’ campaign captured candid street photos and would replace people’s faces with emojis which was really unique and grabbed a lot of attention. They took it to a higher level by putting emojis on more than 1 billion bottles and can in more than 100 markets across the world which spread the message very well and everyone seemed to like this campaign 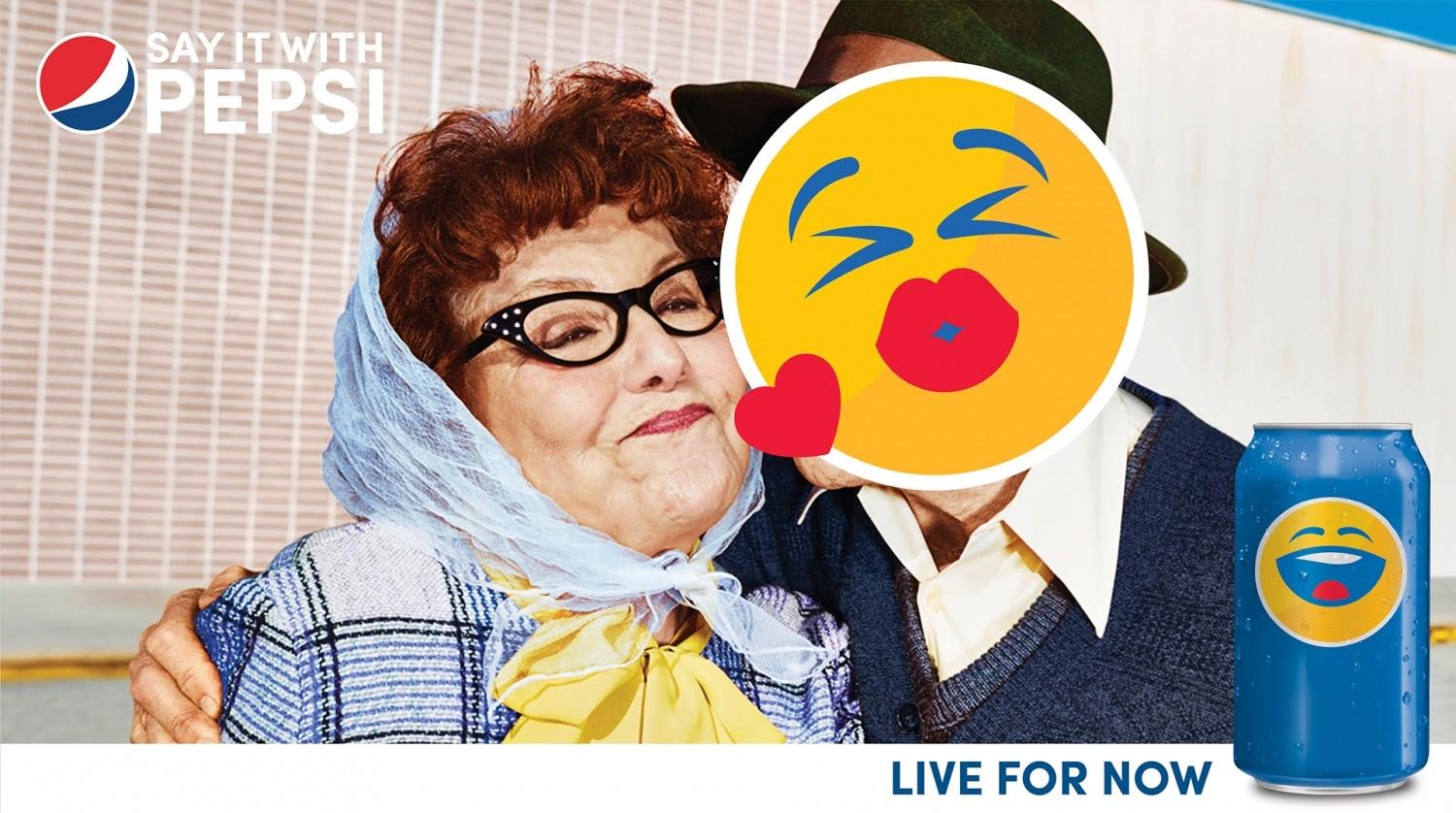 Domino’s produced a great deal of buzz on the internet. To make ordering simple and interesting for pizza-lovers, they asked Twitter users to request their pizzas through their Twitter handle by essentially tweeting a Pizza emoticon. Once the user sent the message, they received a link for ordering their pizza. The whole process was aimed to reduce internet dependency and tried to keep the process stick to SMS.

Stickers have now started to replace emojis for some businesses. They are a great way to reduce space and also are means to bring creativity into texting. The reason for this is the unlike images and GIFs, stickers take almost negligible space and can be made from images and GIFs. Hence it makes use of the latter redundant.

One platform that is now widely used by companies for their campaigns is digital keyboards. And leading these companies is Bharat keyboard’s Marathi keyboard app. Many companies have associated with Bharat keyboards to give a boost to their campaigns. The keyboard makes very attractive, relevant, and relatable stickers based on the product. These sticker packs are then added to the user’s keyboards. The user gets new and regularly updated stickers, and the company gets its publicity done.

The relevance of the stickers is an important aspect of any publicity because if the users will look for stickers about something used in daily lives or something trending. Apart from these two, anything else won’t fetch the same results. Furthermore, associating with the Marathi keyboard app is a sure-shot return investment. How? Well, why would a Hindi-speaking person use a Marathi keyboard app? So it is guaranteed that for any business looking to target Marathi-speaking people, the keyboard would be a great way to reach them.

When we look at the more formal sector, have emojis made any breakthrough? The answer is No. Informal communication between executives, emojis are frowned upon and considered unprofessional. But when it comes to newer startups and horizontal communication, emojis have proved to be very beneficial. According to studies, emojis improve the working atmosphere and decrease stress levels. Messages and intentions are conveyed much more efficiently using emojis. With Work-from-home (WFH) being the new normal and increasing mental health awareness amongst corporates, emojis are starting to be used increasingly.

The Marathi keyboard app is not just changing the publicity platforms for business but also changing the texting habits of an individual. These days, we need a lot of things available to us easily. Hassle-free life is a goal, and that is what the Marathi keyboard aims to achieve. It is the fastest Marathi typing keyboard app on Playstore. Being AI-powered, the keyboard allows you to type in Marathi, English and converts English to Marathi using its transliteration keyboard.

Whenever you write formal messages, you proofread them twice. You no longer have to do this. With the Marathi keyboard app, spelling mistakes are instantly rectified when they are made, using powerful and accurate auto-correction. In case long messages have to be written, there is the speech-to-text feature that recognizes the user’s speech and converts it into text in the pre-selected output language.

Talking about emojis, Marathi keyboard App and Bengali keyboard download comes with thousands of emojis. These emojis are exclusive, unique, and look more attractive from emojis of texting apps. They can also be sent as stickers on the Marathi keyboard. Ong press any emoji, and the keyboard will increase its size. This will then be sent as stickers on the opened chat screen. They are called Bigmojis. Whatever the purpose be, there are ways to use emojis and get better results. The world although not fully accepting emojis as an ideal way of communication, is slowly adapting to the brilliance and advantages that it has.