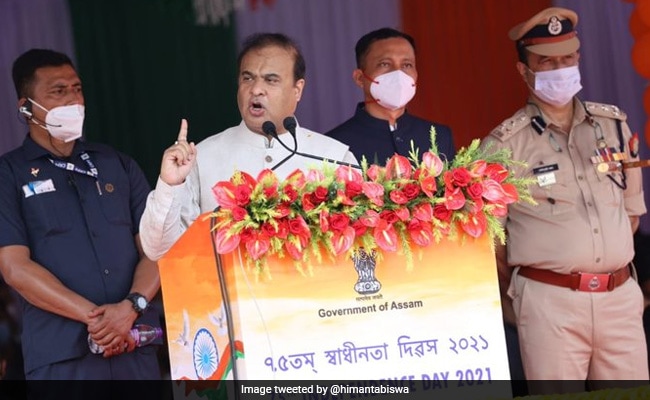 The banned ULFA-I has prolonged its unilateral ceasefire for 3 extra months citing Covid.

Assam Chief Minister Himanta Biswa Sarma as soon as once more has appealed to the ULFA-I chief Paresh Baruah to return to the mainstream and be a part of the dialogue course of.

Mr Sarma made the contemporary enchantment whereas talking on the seventy fifth Independence Day parade held on the Veterinary playground in Guwahati on Sunday.

“I appeal to ULFA-I chief Paresh Baruah and militant groups of Assam to come to the mainstream, join our dialogue process and contribute to the development of Assam,” Mr Sarma stated.

“Peace has returned to Bodoland after most of the cadres of NDFB militants have surrendered. Only through dialouge, problems can be solved.

“We are grateful to PM Narendra Modi and Home Minister Amit Shah for bringing peace within the area,” stated the first-time Chief Minister.

The banned ULFA-I on Saturday introduced an extension of its unilateral ceasefire for 3 extra months on account of Covid-19 pandemic.

The insurgent outfit, in contrast to earlier years, has not given any name to boycott the Independence Day celebrations.

In the 40-year-old historical past of the ULFA-I, the outfit for the primary time, has not introduced any bandh name on Independence Day.

During his speech, Mr Sarma stated by means of constructive dialogue the Assam-Mizoram border dispute between might be solved.