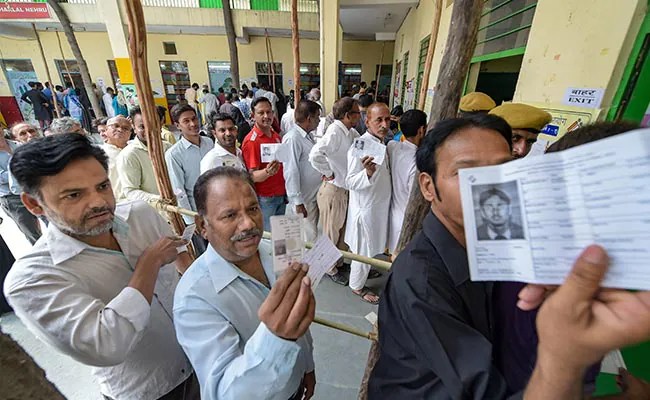 Campaigning for the high-decibel fourth phase of polling, for 44 assembly seats scheduled in five districts of West Bengal on April 10, ended at 5pm on Thursday.

The polling for the fourth phase will be held between 7 am and 6:30 pm on Saturday in 15,940 polling stations. At stake are nine assembly constituencies in Howrah, 11 in South 24 Parganas, five in Alipurduar, nine in Coochbehar and ten in Hooghly.

Among those whose fate will be decided at the hustings are former Bengal Ranji captain Manoj Tiwary, TMC’s candidate from Shibpur, state education minister and sitting MLA from Behala Paschim Partha Chatterjee and central minister Babul Supriyo of the BJP who has locked horns with state sports minister Arup Biswas for the Tollygunge seat.

Former state forest minister, Rajib Banerjee, who moved to the BJP recently is contesting from Domjur while BJP MP and actress Locket Chatterjee is contesting the polls from Chinsurah in Hooghly district.

The Sanyukta Morcha comprising Left front, Congress and ISF has fielded mostly young faces for the fourth phase of polling. CPI(M) leader Sujan Chakraborty is one of the few seniors fielded by the Left for this phase of the elections.

The BJP leadership targeted the TMC government, its supremo and chief minister Mamata Banerjee, her nephew Abhishek Banerjee accusing them of corruption and “appeasement politics” and claimed that their “khela shesh hobe” (game will be over).

Mamata Banerjee, her nephew and party MP Abhishek Banerjee were among star campaigners for the TMC who stepped up their attack on the BJP-led central government over recent hike in prices of gas, petrol, diesel, besides plans to disinvest in a large number of central government run PSUs.

Mamata Banerjee also accused central police forces of harassing and intimidating voters in Bengal and urged voters to “gherao” them in case securitymen prevented them from voting.

The fiery TMC leader during a public rally at Tarakeswar in Hooghly district on April 3 also appealed to the minority community not to divide their votes. This led to the Election Commission of India issuing a showcause notice to Mamata Banerjee for demanding votes on communal ground.

Taking note of the “sensitive” situation in the 44 assembly constituencies in Bengal, the EC has decided to deploy at least 789 companies of the CAPF. Cooch Behar will have the highest deployment with 187 companies being deployed.