Hero MotoCorp has partnered with Taiwan’s Gogoro to bring its battery-swapping platform to India and collaborate on building Hero-branded electric scooters. The partnership is aimed at expanding the country’s goal to boost the market of electric vehicles (EVs) and move towards sustainable mobility. Although the terms of the deal are not public, Hero MotoCorp will work with Gogoro to establish its battery-swapping stations in the country that will enable the ecosystem for Hero electric scooters in the future. This will be unlike the existing EV model where you need to charge your electric vehicles at a charging station.

For a traditional EV vehicle, manufacturers need to offer a charging infrastructure where commuters can visit and charge their vehicles. That model is something which has resisted many automobile companies to kick off their electric vehicle plans in India — especially in case of bringing electric two wheelers.

However, Gogoro, the Taipei-based company that was founded in 2011 by former HTC executives, uses swappable batteries on its vehicles that can easily be changed at a small kiosk. 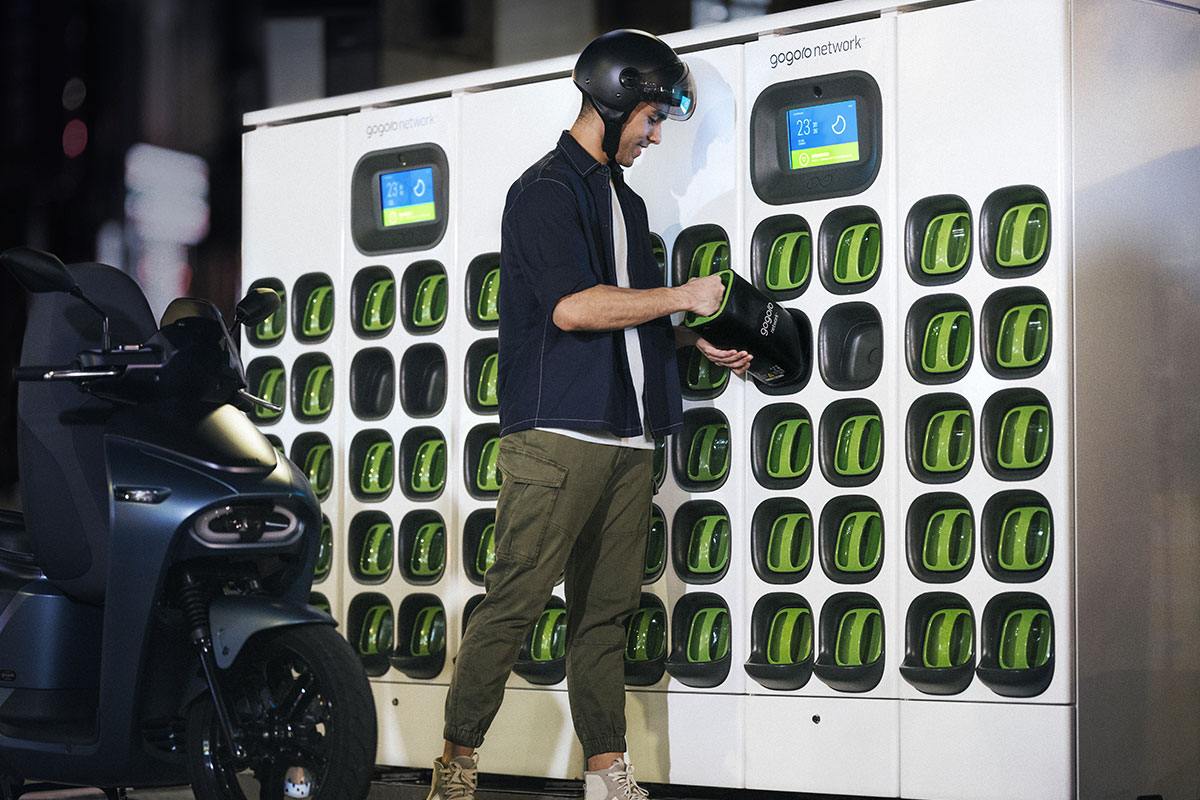 Gogoro is claimed to have more than 2,000 battery-swapping stations that it calls GoStations in markets it already exists where it claims to manage 265,000 daily swaps. The company is also touted to have handled more than 174 million total battery swaps to date for a base of over 375,000 riders.

All this is what has persuaded Hero MotoCorp to strike the deal.

“Hero and Gogoro’s vision and commitment are perfectly aligned towards the common goal of accelerating the shift to smart, sustainable electric mobility in India, and around the world,” said Pawan Munjal, Chairman and CEO, Hero MotoCorp, in a prepared statement.

Gogoro uses a cloud service through which it connects its batteries and battery-swapping stations. The cloud service, which is called the Gogoro Network, monitors swappable batteries and uses artificial intelligence as well as machine learning to provide suggestions such as when a commuter needs to service their vehicle. Customers just need to install an app on their phones to locate nearby battery-swapping stations and view service requirements. This adds an element of convenience that may attract commuters in India.

“We are at a critical stage in the transformation of urban mobility and the evolution of smart cities. With more than 225 million gas-powered two wheel vehicles in India, the need for smart and sustainable electric transportation and refueling is vital,” said Horace Luke, founder, and CEO, Gogoro. “The Hero-Gogoro partnership addresses these challenges and will leverage Hero’s market strength and Gogoro’s industry leading innovations to deliver smart vehicles and refueling with Gogoro Network battery swapping.”

Details about exactly when and where the Gogoro battery-swapping stations will go live in India are yet to be revealed. However, TechCrunch reports that the plan is to initially start operations in populated areas.

Gadgets 360 has reached out to both Hero MotoCorp and Gogoro to understand their plans and will update this space when the companies respond.

Hero MotoCorp and Gogoro also have plans to go beyond India and enter other markets over time, depending on their initial journey in the country.

In 2015, Gorogo launched its first electric scooter that it calls the Gogoro Smartscooter. And partnered with manufacturers including Yamaha, PGO, and A-Motor to build electric scooters for their brands. Further, the company entered markets including South Korea and Europe — apart from Taiwan — and even launched its electric bike brand Eeyo in the US.

Hero MotoCorp has been leading the two-wheeler market in India for some time. According to the data provided by the Federation of Automobile Dealers Associations (FADA). The New Delhi-headquartered company dominates the market with a share of 33.17 percent.

This is not the first time when Hero MotoCorp has shown interest in electric scooters. The company has reportedly invested heavily in Bengaluru-based EV startup Ather Energy to better understand the India market.

However, by bringing Gogoro on board, Hero MotoCorp has taken a major step towards bringing electric scooters in India under its Hero brand. It might influence other automobile players to evaluate and bring more electric vehicles to the Indian market.

Why did LG give up on its smartphone business? We discussed this on Orbital, the Gadgets 360 podcast. Later (starting at 22:00), we talk about the new co-op RPG shooter Outriders. Orbital is available on Apple Podcasts, Google Podcasts, Spotify, and wherever you get your podcasts.

Virat Kohli Thanks MI: RCB shares images of their excitement after securing a spot in the IPL 2022 playoffs

Check Also
Close
Featured Posts
Hyundai Venue 2022 will be unveiled on June 16th! Learn how it differs from the current model
7 hours ago

Hyundai Venue 2022 will be unveiled on June 16th! Learn how it differs from the current model

Regarding the North-South movie and national language dispute, Akshay Kumar stated, “This is how the British came and split us”
7 hours ago

Regarding the North-South movie and national language dispute, Akshay Kumar stated, “This is how the British came and split us”

Priyanka Chopra Pose With Luxurious Car Nick Jonas Gave Her; She Calls Him “Best Husband Ever”
8 hours ago

Priyanka Chopra Pose With Luxurious Car Nick Jonas Gave Her; She Calls Him “Best Husband Ever”