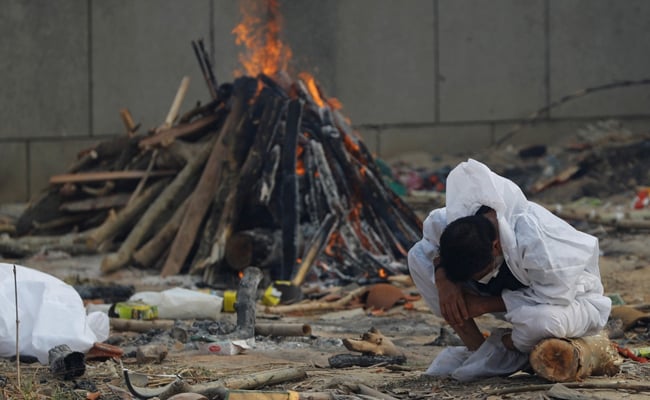 The government has come out with guidelines for the care and protection of the children affected by COVID-19 and fixed responsibilities for the states, district magistrates, police, Panchayati Raj institutions and urban local bodies.

In a letter to the chief secretaries of all the states and Union territories, Women and Child Development Ministry Secretary Ram Mohan Mishra on Wednesday said in order to streamline and facilitate the actions being taken, the major responsibilities of the primary duty holders have been enlisted to ensure the best interest of children during the pandemic.

The National Commission for Protection of Child Rights (NCPCR), in an affidavit to the Supreme Court, said 9,346 children have lost at least one of the parents to the deadly virus, including over 1,700 who have lost both their parents, according to data received from the states.

The states need to identify the children in distress through outreach and surveys and prepare a database with a profile of each child, along with the details of their specific needs and requirements, and ensure that the data is uploaded on the Track Child portal.

Mr Mishra told the states and Union territories to temporarily allocate child care institutions (CCIs) to house those children whose parents have been unwell due to COVID-19 and provide necessary support to them, in case the extended family is not available to take care of them.

The Women and Child Development Ministry has asked the states to issue directions to hospitals to collect the contact details of trustworthy persons known to the patients in the admission form, to be contacted for taking care of children in case of any eventuality.

The states have also been asked to make suitable arrangements for isolation facilities within the CCIs to take care of the children suffering from Covid and prepare a roaster of child psychologists or counsellors to visit the facilities and interact with the children.

Mr Mishra further asked the states to launch a local helpline number manned by experts for giving psychosocial care or support to the children in distress.

On the role of the DMs, he said they shall be the guardians of the vulnerable children impacted adversely by Covid.

“The DM shall make efforts that such children are rehabilitated in the following order of preference, in the manner as prescribed under the Juvenile Justice Act, 2015,” he said.

The DMs need to create a district-level multi-departmental task force to map the needs, monitor the progress and ensure that all benefits reach the affected children and all civil society organisations may be asked to positively inform the Child Welfare Committee or the District Child Protection Unit about any vulnerable child noticed by them.

“The district magistrates need to secure the rights of the children on family assets or ancestral properties to ensure that those are not sold or encroached. It should be done through proper oversight maintained by the registration or revenue department,” Mr Mishra said.

The WCD secretary said district police teams must stay alert and vigilant to prevent trafficking of children, illegal adoption, child marriage, child labour or any other kind of abuse.

“All cases of children offered for adoption on social media to be traced and action may be taken against the perpetrators if found guilty. Vigil may be kept on the CCIs and the vulnerable hot spots in the district housing children at risk during the police beats or night rounds in urban and rural areas,” he said.

The Panchayati Raj institutions and urban local bodies must ensure that the child protection committees at the panchayat level identify and inform the district administration or the District Child Protection Unit about children in distress.

“District Magistrates to organise orientation and sensitisation of urban local bodies and Panchayati Raj institutions, and inform them regarding measures being taken and schemes announced for such children,” Mr Mishra said.

In addition, he said it must be ensured that all children orphaned during the pandemic are provided free education through government day schools or residential schools.

“Based on the specific need of the child, he or she can also be enrolled in the nearest private schools under RTE section 12(1)(c). Efforts may be made to include eligible orphan children under the existing scholarship schemes of the central or state governments,” Mr Mishra said.

Urfi Javed ,Javed, who wore a glass-piece dress, said in the video, “Don’t come near me”
38 mins ago