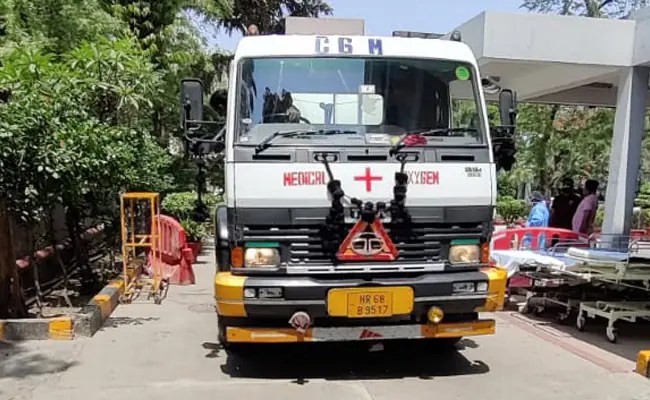 In some cases, oxygen tankers were stopped on the way, in others, they never left the plant.

The Centre should ensure that Delhi receives its full 480 Metric Tonne quota of oxygen and any non-compliance “will be seen very seriously as this is likely to result in grave loss of life,” the Delhi High Court said today amid a desperate oxygen crisis in the national capital. At the end of a three-day hearing where the Centre’s actions drew strong reprimand, the court ordered the release of Delhi’s full quota of oxygen. In the backdrop of tankers being waylaid in some states, especially Haryana, the court also said they should be brought in through a special corridor and paramilitary security.

Criminal action will be taken against anyone stopping tankers or obstructing the movement of oxygen, the judges said.

Referring to the appeal filed by another hospital whose oxygen supply ran out this morning, the court said, “We shudder to think what is going to happen. Literally all hospitals are facing this issue”.

“There should be strict compliance of the allocation order of 480 MT (of oxygen) and today’s MHA order. Non-compliance of this order will attract criminal action,” the court said.

“We direct the Centre to ensure adequate security to the tankers and no obstruction on the way and a special corridor for immediate transportation of oxygen,” the court said, adding, “If the government wants, they can make heaven and earth meet”.

The need for ensuring supply and protection to tankers came amid repeated instances of scheduled oxygen supply from neighbouring states not reaching hospitals. In some cases, they were stopped on the way, in others, they never left the plant.

For the augmented quota of Delhi, suppliers have been allotted from states as far as Bengal and Odisha, the Delhi government has said, indicating further problems of protection and other logistical issues. A metro with high levels of pollution, Delhi has no oxygen plant within its borders.

The High Court however, made it clear that it would continue to hear the issue till the Supreme Court takes over.

With hospitals in Delhi gasping for breath for over three days, the top court took suo motu cognisance of the issue today and tagging the skyrocketing Covid cases a “national emergency”, called for a “national plan” to contain it.

The Centre, which was slammed by the high court during an emergency evening hearing yesterday over its lack of action on the court’s order, today accused Delhi of “sensationalising” the oxygen shortage.

“This is not an occasion to sensationalise. The Delhi government could have given us this list of hospitals which have sent SOS for oxygen,” the Centre said.

“You (the Centre) have done the allocation but the local administration is obstructing the movement of the oxygen. What is the purpose of allocation if the transportation is not allowed?” the exasperated court said.

“You (the Centre) have done the allocation but the local administration is obstructing the movement of the oxygen. What is the purpose of allocation if the transportation is not allowed?” said the exasperated court, which had asked the Centre yesterday to “beg, borrow, steal” to ensure enough oxygen supply for hospitals.

The hearing was adjourned after the Centre have an undertaking to ensure overnight supplies. This morning, one after another hospital sent desperate appeals for help to the government and media.

Barney the Swiss Robot Bartender Ready to Serve Up Dozens of Cocktails, Will Take Orders via Phones

100 Sikh Pilgrims Test Positive On Return From Pakistan After Baisakhi