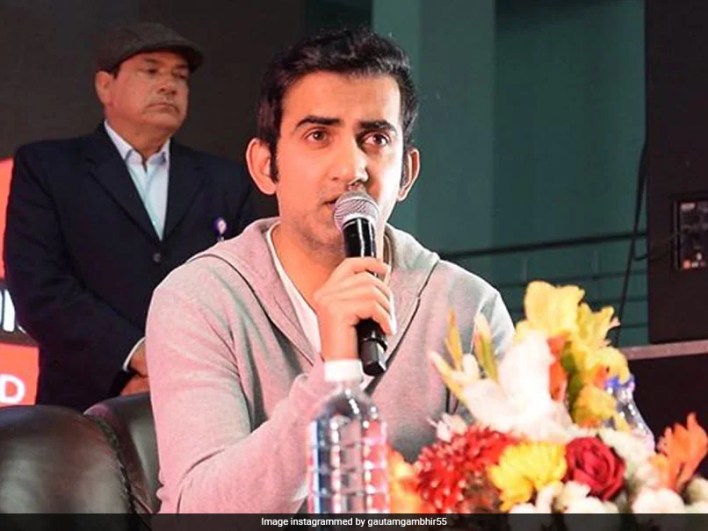 BJP MP Gautam Gambhir today defended his offer of free anti-viral drug “Fabiflu” in his constituency in Delhi, which has been criticized by many including leaders of the Aam Aadmi Party (AAP) and Congress.

“If a few 100 strips of tablets obtained from a distributor are being given for free, then, can it be called hoarding? Is my obtaining a few strips of Fabiflu causing the shortage? You can call me wrong but I’ll do everything to save lives of people,” the cricketer-turned-politician told news agency ANI.

Yesterday, his tweet provoked a backlash on social media.

“People of East Delhi can get ‘Fabiflu’ from MP office (2, Jagriti Enclave) for FREE between 10-5. Kindly get Aadhar & prescription,” he wrote.

The announcement, amid reports of an acute shortage of Covid medicines, drew sharp comments from rival parties who accused Gautam Gambhir of “hoarding” the key medicine and questioned why he didn’t hand over the doses to hospitals who may need it.

“This is the reason why Remdisivir, Fabiflu and other critical medicines are out of market. BJP leaders are hoarding these medicines. We have seen this in Gujarat also. Such leaders must be booked,” AAP leader Rajesh Sharma tweeted.

“Is this not criminal? An MP hoarding medicines and giving it as per his wishes. Why should he not give them to the hospital?” tweeted another leader of the party, Somnath Bharti.

Congress leader Pawan Khera asked if his move was legal at all.

1) How much Fabiflu do you have in your possession?
2) How did you procure so much of Fabiflu? @GautamGambhir

CC @ArvindKejriwal :
1) Is this legal?
2) Is the shortage of Fabiflu at chemists’ shops due to such unauthorised procurement/distribution? https://t.co/ZfKnLINB2J

Delhi is among cities worst hit by the deadly second wave of Covid. On Wednesday, the capital recorded 24,638 coronavirus cases and 249 deaths. The positivity rate is at more than 31 per cent, which means almost every third sample is Covid positive.

The crisis has worsened with the city’s hospitals flagging the shortage of oxygen, beds and medicines. Hospitals like Max approached the Delhi High Court with their SOS.

“Fabiflu”, being used to treat mild to moderate Covid infections by some doctors, is in short supply in the capital.

4-Digit Security Code In CoWIN From Tomorrow To Minimise Error: Centre
20 mins ago