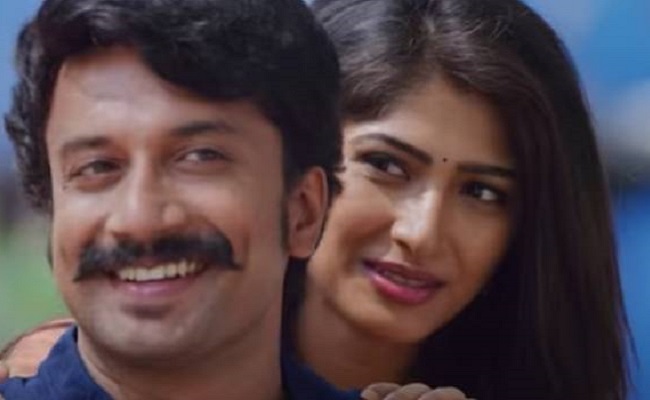 Satya Dev’s “47 Days” is the latest low-budget Telugu film that has skipped theatrical release during this corona crisis. The film is now streaming on Zee5.

Satya (Satya Dev), an ACP in Vizag, is looking for the truth behind the death of his wife Paddu (Roshini Prakash).

Why did she kill herself is an answer he needs to know, otherwise he would end up in an emotional swamp.

Months later, another suicide case of a businessman handled by his friend Ravi (Ravi Varma) leads him to believe that the two cases are related.

Is this also a mysterious girl Juliet (Pooja Jhaveri) involved? What is the connection between these cases?

Satya Dev, who has proved his versatility in such films as ‘Brochevarevarura’ and ‘iSmart Shankar’, has again made sincere efforts, but somehow he is not suitable for this role. Still, he did everything he could to make it convincing.

Pooja Jhaveri as the mystery girl and Rohini Prakash as Satya Dev’s wife are just okay, not much to write about them.

Srikanth Aiyengar seizes the opportunity to steal the show with both hands.

Raghu Kunche’s songs are not worth listening to, but the background music saves the day. GK captures the Vizag locations beautifully.

New director Pradeep Madalli must have been inspired by the plot of the Swedish thriller “The Girl with the Dragon Tattoo”, but he was afraid to lift the story as it is.

In an effort to make the story look like the original, the director packed it with standard elements we see in Hollywood movies.

Thus, the most fascinating and intriguing aspects of “The Girl with the Dragon Tattoo” have been diluted and it becomes a boring thriller.

To be fair to the young director, he managed to build up the suspense element in the second act with the appearance of a mysterious girl and a photo of classmates (similar to that of ‘Dragon Tatto). The interval bang is also a nice build-up.

Despite these sporadically interesting episodes, the film never quite pulls us into the story, mainly because of the boring screenplay. As mentioned above, the plot itself is weak.

The director never seemed to have a handle on the narration. In addition, many sequences have amateurish treatment.

Example: the shooting in Darga, the behavior of the general secretary of the apartment with the police officer and the characterization of the oil seller (this is also a copy). The film tests our patience after the interval bang.

Even the technique of telling the movie with counting days does not interest us. The latest reveal also looks ridiculous.

Despite the presence of two heroines, the film also lacks the glamor quotient.

“47 Days” is another OTT release that makes an annoying watch. Thrillers must have a twist that surprises the audience, or a convincing and also compelling story. But lately the thrillers have failed on those counts and “47 Days” is another addition.