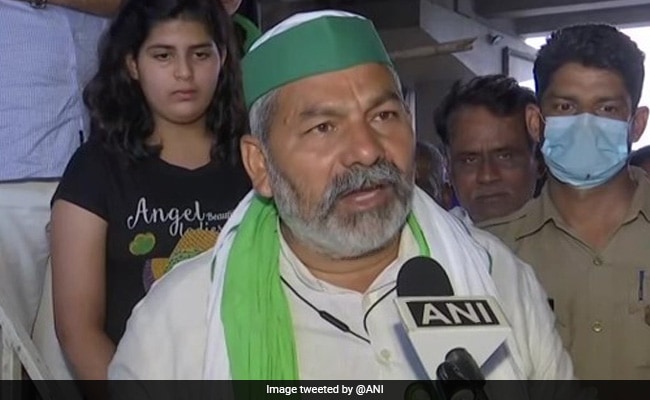 Rakesh Tikait stated a “jatha” of farmers from Moradabad, Hapur and Amroha will come to Delhi on August 14.

Calling the farmers of Jind (Haryana) as revolutionaries, Bharatiya Kisan Union (BKU) chief Rakesh Tikait on Sunday hailed their choice of finishing up a tractor parade in protest in opposition to the Centre’s farm legal guidelines on Independence Day.

Addressing media close to a protest website in Delhi, Mr Tikait stated finishing up a tractor rally is just not a “bad thing”, and driving tractors with a nationwide flag will improve the spirit of nationalism in individuals.

“Carrying out tractor rally is not a bad thing. People of Jind (Haryana) are revolutionaries. They’ve taken the right decision of carrying out the tractor parade on August 15. I don’t know what Samyukt Kisan Morcha will decide…It will be a moment of pride to see the tractor parade with national flags mounted on them. It builds a spirit of nationalism.”

Calling on the Haryana authorities to let the farmers hoist the flag in Jind on Independence Day, the BKU chief stated, “If they have said they won’t let ministers unfurl the national flag in their villages, then they won’t. What will the ministers do by hoisting flags? Let the farmers do it on August 15.”

Mr Tikait knowledgeable a “jatha” of farmers from Moradabad, Hapur and Amroha will come to the protest website in Delhi and perform a tractor parade on the roads on August 15.

“Next “jatha” with tractors will come from Moradabad, Hapur and Amroha on August 14, and on August 15, they will unfurl the national flag here (protest site), followed by a tractor parade on the roads,” he added.

Earlier, on January 26, protesters broke barricades to enter New Delhi and clashed with police in a number of components of the nationwide capital through the “tractor rally” protest organised by farmers. They had additionally entered the enduring Mughal-era Red Fort and unfurled their flags from its ramparts.

Farmers have been protesting on the completely different borders of the nationwide capital since November 26 final 12 months in opposition to the three newly enacted farm legal guidelines: Farmers’ Produce Trade and Commerce (Promotion and Facilitation) Act, 2020; the Farmers Empowerment and Protection) Agreement on Price Assurance and farm Services Act 2020 and the Essential Commodities (Amendment) Act, 2020.

Farmer leaders and the Centre have held a number of rounds of talks however the deadlock stays.