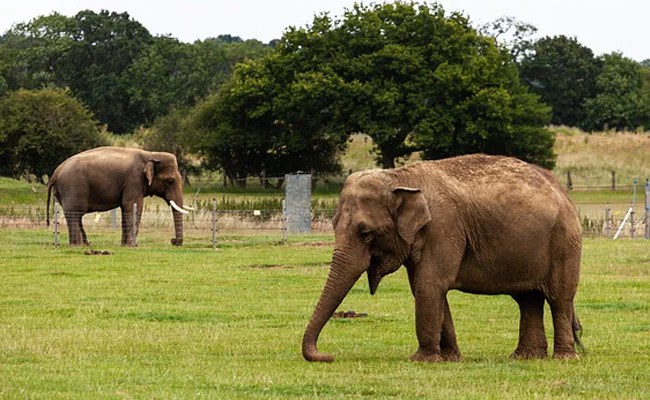 A herd of 15 wandering elephants on an epic trek through southwestern China have entered villages to gorge on crops, broken into barns and caused a million dollars of losses.

Over the past week, the animals drained a water tank, helped themselves to a corn field, and guzzled supplies after crashing into a barn, state broadcaster CCTV said.

It is unclear why the wild Asian elephants, a protected species in China, strayed from the Xishuangbanna National Nature Reserve in Yunnan province.

Their destination so far is unknown as well.

But since April, the large animals have embarked on a 500km journey, closely monitored by residents and authorities, with hundreds of people mobilised to ensure public safety.

On Tuesday, Yunnan authorities said the herd was in a city just 20km from its provincial capital where millions live.

Experts believe the leader of the group might have led it astray, adding that it is rare for them to trek so far.

Since mid-April, the elephants have wrecked around 56 hectares of crops, causing an estimated 6.8 million yuan ($1.07 million) in losses, CCTV said.

No casualties have been reported so far, with locals attempting to guide the animals with food and by blocking roads with trucks.

But there have been more reports of such elephants wandering into villages and harming crops in recent years, with the plants they usually eat gradually replaced by non-edible varieties amid forest expansion, said local officials.

All You Need To Know Date Theme And Significance

India’s New E-Commerce Rules Considered ‘Cause for Concern’ by US Lobby Group, Email Shows
30 mins ago